Req is equivalent resistance of photodetector and amplifier.

This limits the sensitivity of analog receiver.

S/N ratio for PIN and APD receiver as a function of received optical power is shown in Fig. 5.4.1. 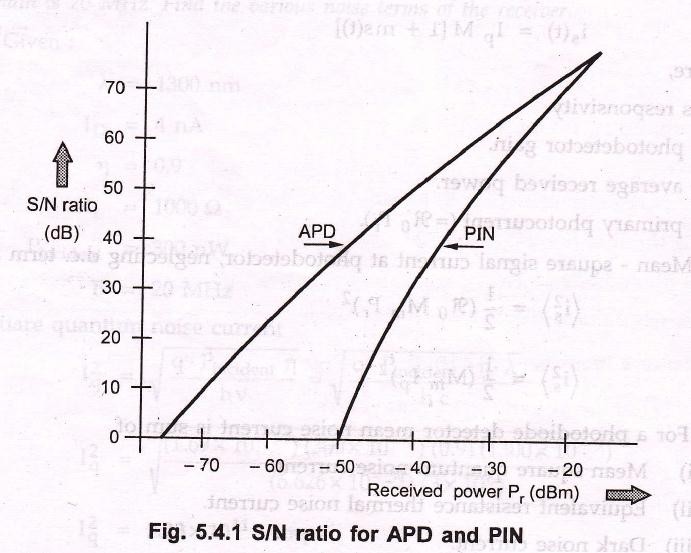