A data center, which is home to the computation power and storage, is central to cloud computing and contains thousands of devices like servers, switches, and routers.

Currently, a layered approach is the basic foundation of the network architecture design, which has been tested in some of the largest deployed data centers.

The basic layers of a data center consist of the core, aggregation, and access layers, as shown in the figure below: 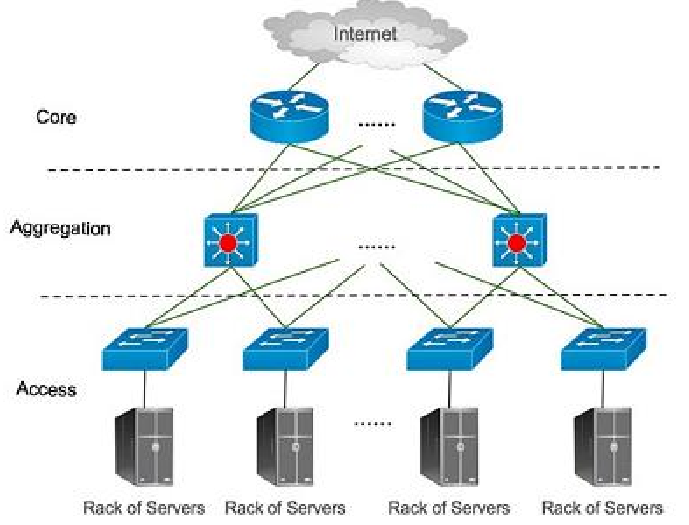 Core layer—Provides the high-speed packet switching backplane for all flows going in and out of the data center.

The core layer provides connectivity to multiple aggregation modules and provides a resilient Layer 3 routed fabric with no single point of failure.

The core layer runs an interior routing protocol, such as OSPF or EIGRP, and load balances traffic between the campus core and aggregation layers using Cisco Express Forwarding-based hashing algorithms.

Server-to-server multi-tier traffic flows through the aggregation layer and can use services, such as firewall and server load balancing, to optimize and secure applications.

The smaller icons within the aggregation layer switch in Figure represent the integrated service modules.

Where the servers physically attach to the network.