Arithmetic and Logic Unit in Computer

ALU is the combinational circuit of that part of computer that actually performs arithmetic and logical operations on data. All of the other elements of computer system- control unit, registers, memory, I/O are their mainly to bring data into the ALU for it to process and then to take the result back out. An ALU & indeed all electronic components in computer are based on the use of simple digital logic device that can store binary digit and perform simple Boolean logic function. Figure indicates in general in general term how ALU is interconnected with rest of the processor.

Data are presented to ALU in register and the result of operation is stored in register. These registers are temporarily storage location within the processor that are connected by signal path to the ALU. The ALU may also set flags as the result of an operation. The flags values are also stored in registers within the processor. The control unit provides signals that control the operation of ALU and the movement of data into an out of ALU.

The design of ALU has three stages.

The basic components of logical circuit are AND, OR, XOR and NOT gate circuits connected accordingly. Below figure shows a circuit that generates four basic logic micro-operations. It consists of four gates and a multiplexer. Each of four logic operations is generated through a gate that performs the required logic. The two selection input S1 and S0 choose one of the data inputs of the multiplexer and directs its value to the output. Functional table lists the logic operations. 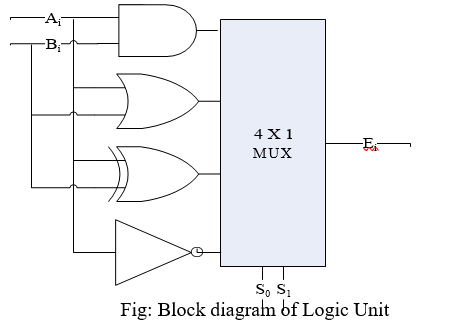 3. Combine these 2 sections to form the ALU 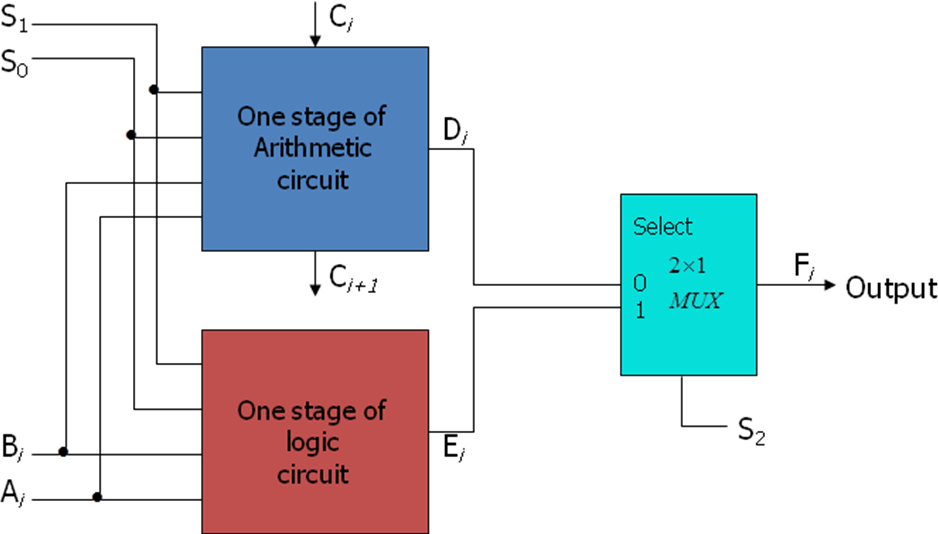 Example: Design a 2-bit ALU that can perform addition, AND, OR, & XOR. 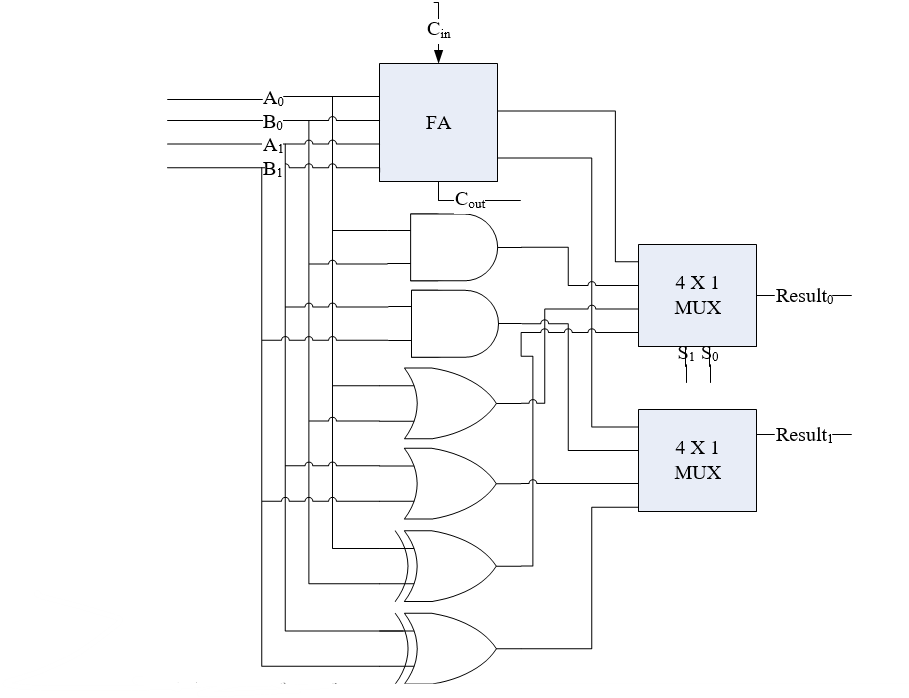