Step 1: Initialization:     Set all the weights and thresholds levels of the network to random numbers uniformly distributed inside a small range.

In order to avoid overfitting, it is necessary to use additional techniques (e.g. cross- validation, pruning (Pre or Post), model comparison, 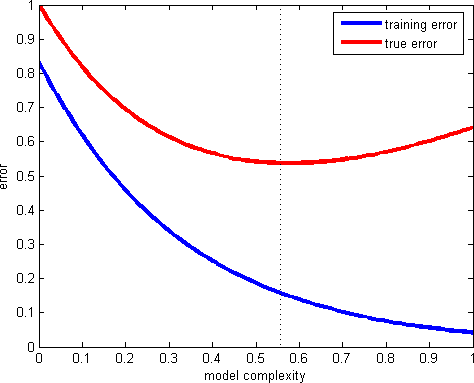 Models can be evaluated based on the output using different method :

Receiver Operating Characteristic (ROC), or ROC curve, is a graphical plot that illustrates the performance of a binary classifier system as its discrimination threshold is varied.

The ROC curve is thus the sensitivity as a function of fall-out.

ROC analysis provides tools to select possibly optimal models and to discard suboptimal ones independently from (and prior to specifying) the cost context or the class distribution.

ROC analysis is related in a direct and natural way to cost/benefit analysis of diagnostic decision making.