It Works with any preemptive, priority driven scheduling algorithm and does not require prior knowledge on resource requirements of jobs. The priority inheritance protocol does not prevent deadlock .When there is no deadlock the protocol ensures that no job is ever blocked for an indefinitely long time because uncontrolled priority inversion cannot occur.

When Jl requests R and becomes blocked by J3 at time 3 , job J3 inherits the priority π1 of Jl When job J2 becomes ready at 5, it cannot preempt J3 as its priority π2 is lower than the inherited priority π1 of J3 So J3 completes its critical section as soon as possible The protocol ensures that the duration of priority inversion is never longer than the duration of an outermost critical section each time a job is blocked.

Consider a system with following parameters:

Then the schedule time diagram using priority inheritance rule can be constructed as: 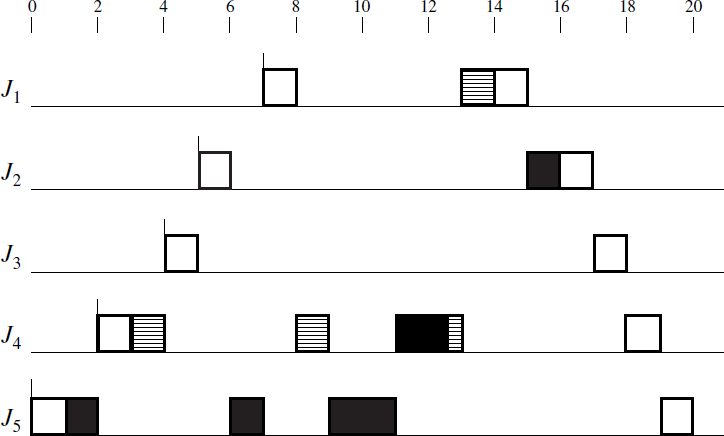