Concept Of Perception and Perceptual Process

Perception is a cognitive process. It is the process of giving meaning to surrounding situation. It gives meaning to things what one sees, hears, smells, tastes or feels. . Individual’s perception may be, sometimes, different from reality. It is important in the study of OB simply because people's behavior is based on their perception of what the reality is, not necessarily on reality itself. However, the same object or thing may be perceived differently by different individuals. 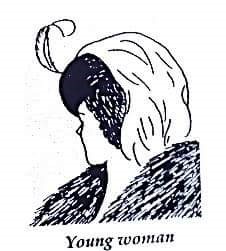 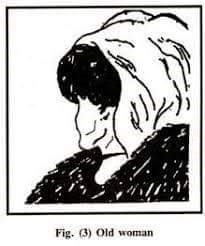 According to Fred Luthans, “Perception is a complex cognitive process by which persons make interpretations of the stimulus or situation they are faced with.”

According to S. P. Robbins, "Perception is a process by which individuals organize and interpret their sensory impressions in order to give meaning to their environment."

Perception is the process. It has input processes and output variables. Based on perceptual output, people show their behavior. The perception process involves an interaction of the following: 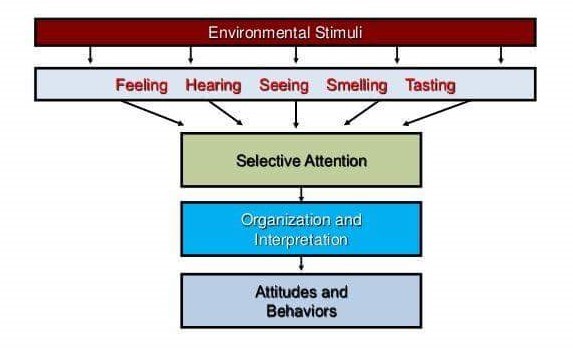 Environmental Stimuli- Environment is the source of stimuli. The perception process starts with external stimuli. Environmental forces bombard stimuli through the senses of seeing, hearing, smelling, tasting and feeling.

Selection- An individual gives selective attention to information received from the environment. Perception filters, modifies or changes the relevant stimuli for processing purposes. Such stimuli should be supportive and satisfying to him.

Organization- The processed information is ordered and classified in a logical manner. The selected stimuli is grouped into recognizable patterns.

Interpretation-  It is the most important aspect of perception. Meaning is assigned to the stimuli to make sense out of them. Every person has a unique filter to interpret the stimuli.