Sometimes a process has to access shared memory or files, or do other critical things that can lead to races. That part of the program where the shared memory is accessed is called the critical region or critical section.

If we could arrange matters such that no two processes were ever in their critical regions at the same time, we could avoid races. Although this requirement avoids race conditions, it is not sufficient for having parallel processes cooperate correctly and efficiently using shared data.

We need four conditions to hold to have a good solution:

Consequently, B is temporarily suspended until time 73 when A leaves its critical region, allowing B to enter immediately. Eventually B leaves (at T4 ) and we are back to the original situation with no processes in their critical regions. 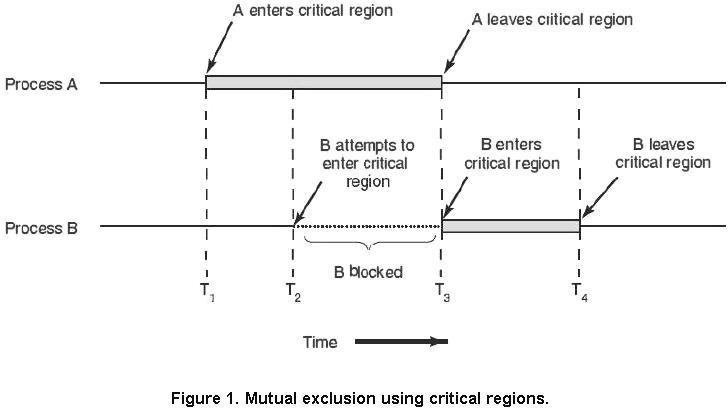