Define Protocol and What are the Key Elements of Protocol

Define Protocol and What are the Key Elements of Protocol. In computer networks, communication occurs between entities in different systems. An entity is anything capable of sending or receiving information. 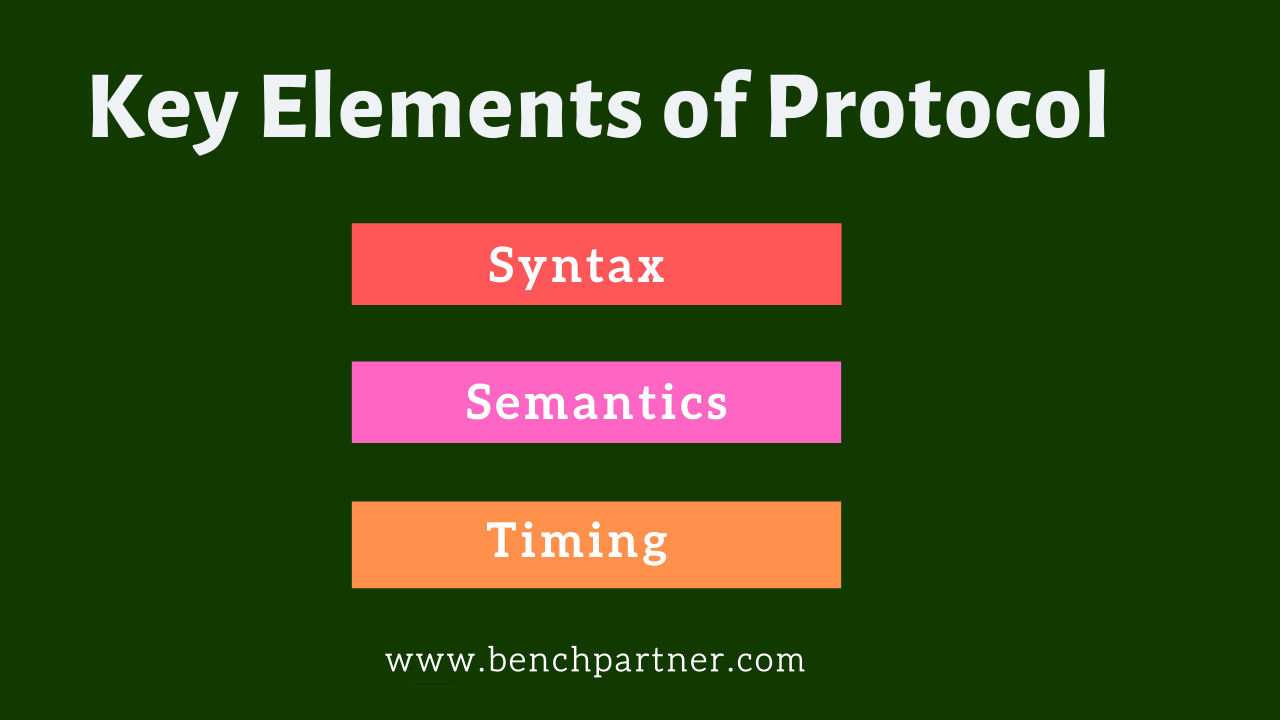 Define Protocol and What are the Key Elements of Protocol

However, two entities cannot simply send bitstreams to each other and expect to be understood. For communication to occur, the entities must agree on a protocol.

The term syntax refers to the structure or format of the data, meaning the order in which they are presented.

The word semantics refers to the meaning of each section of bits. How is a particular pattern to be interpreted, and what action is to be taken based on that interpretation?

For example, does an address identify the route to be taken or the final destination of the message?

The term timing refers to two characteristics: when data should be sent and how fast they can be sent.

For example, if a sender produces data at 100 Mbps but the receiver can process data at only 1 Mbps, the transmission will overload the receiver and some data will be lost.