The Data Encryption Standard is a block cipher operating on 64-bit data blocks. DES was designed by IBM and adopted by the U.S. government as the standard encryption method for nonmilitary and nonclassified use. The algorithm encrypts a 64-bit plaintext block using a 64- bit key, as shown in Figure 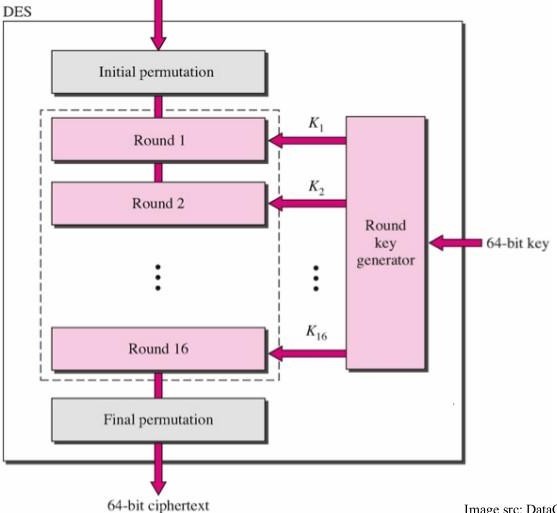 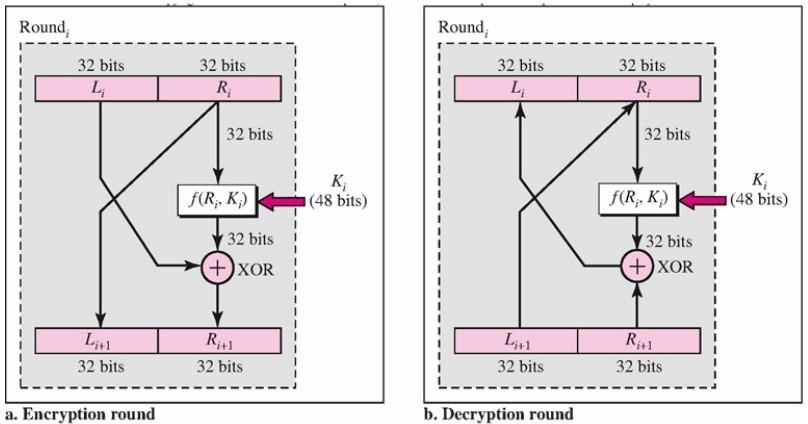 Some examples of public-key cryptosystems are :

Diffie-Hellman (named for its inventors),