Division is somewhat more than multiplication but is based on the same general principles. The operation involves repetitive shifting and addition or subtraction.

First, the bits of the dividend are examined from left to right, until the set of bits examined represents a number greater than or equal to the divisor; this is referred to as the divisor being able to divide the number. Until this event occurs, 0s are placed in the quotient from left to right. When the event occurs, a 1 is placed in the quotient and the divisor is subtracted from the partial dividend. The result is referred to as a partial remainder. The division follows a cyclic pattern. At each cycle, additional bits from the dividend are appended to the partial remainder until the result is greater than or equal to the divisor. The divisor is subtracted from this number to produce a new partial remainder. The process continues until all the bits of the dividend are exhausted. 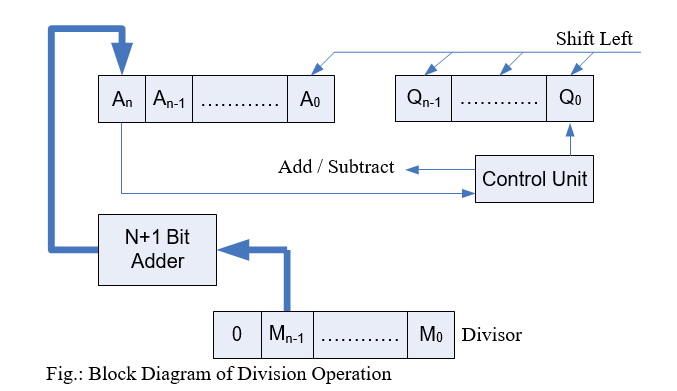 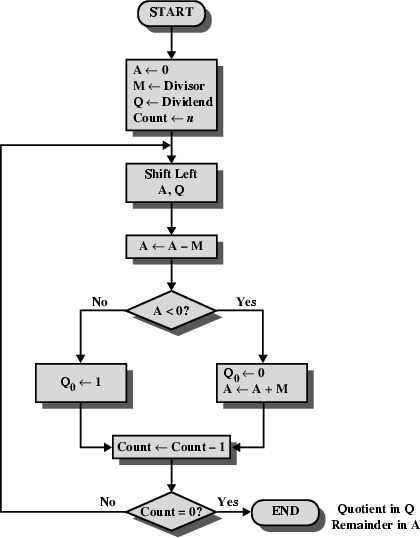 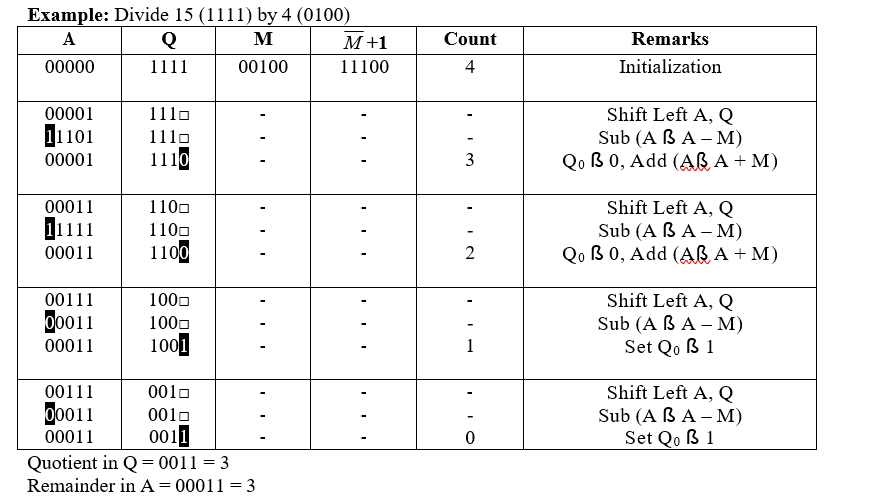 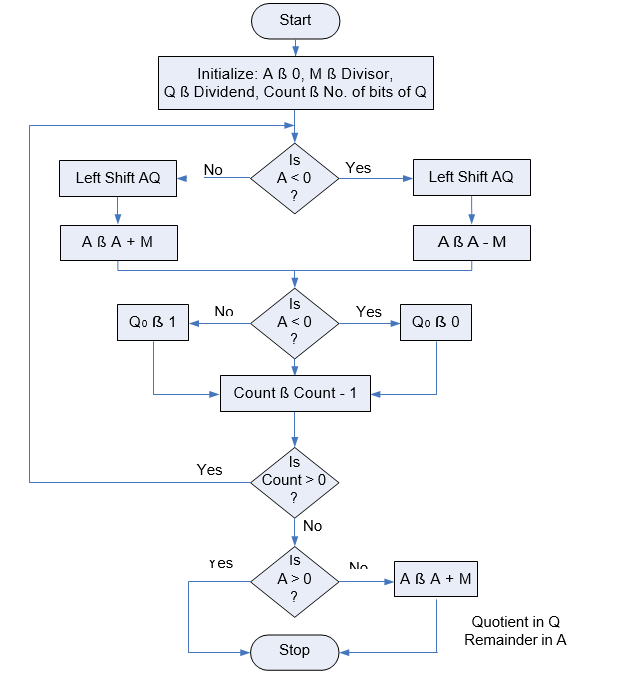 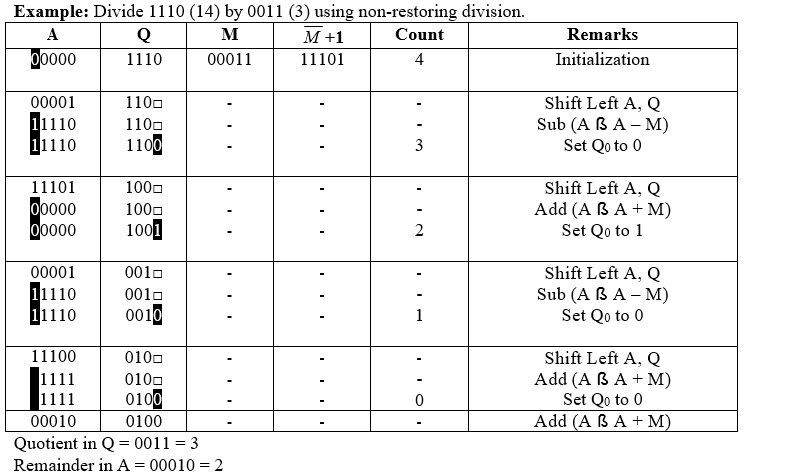 The floating point is always interpreted to represent a number in the following form ±M × R±E. Only the mantissa M and the exponent E are physically represented in the register (including their sign). The radix R and the radix point position of the mantissa are always assumed.

A floating point binary no is represented in similar manner except that it uses base 2 for the exponent.

For example, the binary no +1001.11 is represented with 8 bit fraction and 0 bit exponent as follows.

There are four basic operations for floating point arithmetic. For addition and subtraction, it is necessary to ensure that both operands have the same exponent values. This may require shifting the radix point on one of the operands to achieve alignment. Multiplication and division are straighter forward.

A floating point operation may produce one of these conditions:

Because addition and subtraction are identical except for a sign change, the process begins by changing the sign of           the subtrahend if it is a subtraction operation. Next; if one is zero, second is result.

The aligned significands are then operated as required.

Normalization consists of shifting significand digits left until the most significant bit is nonzero. 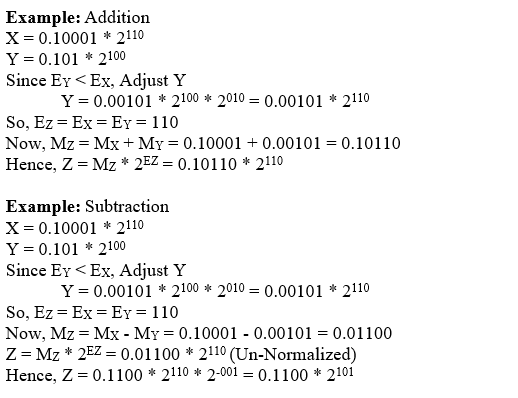 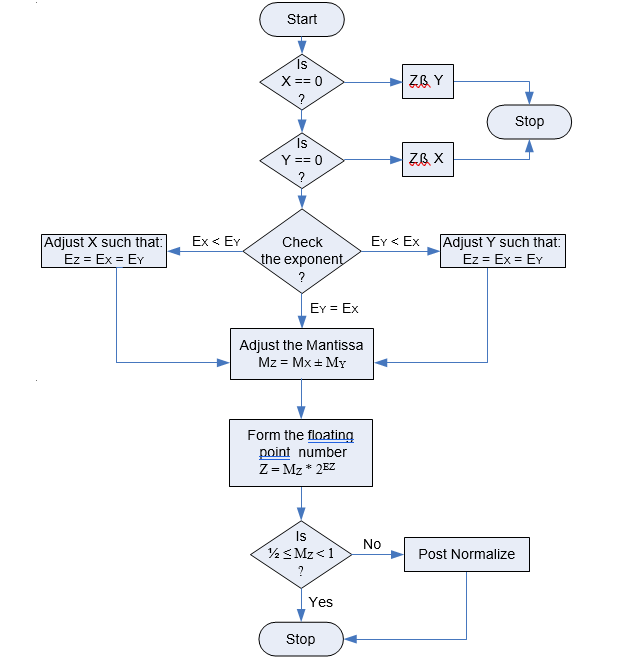 The multiplication can be subdivided into 4 parts. 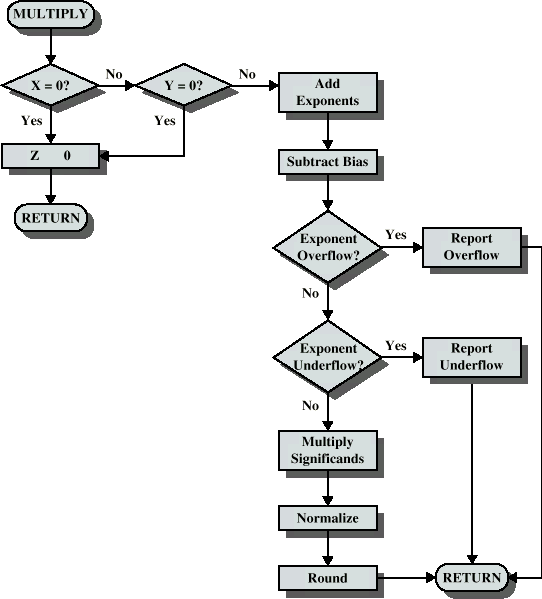 The division algorithm can be subdivided into 5 parts 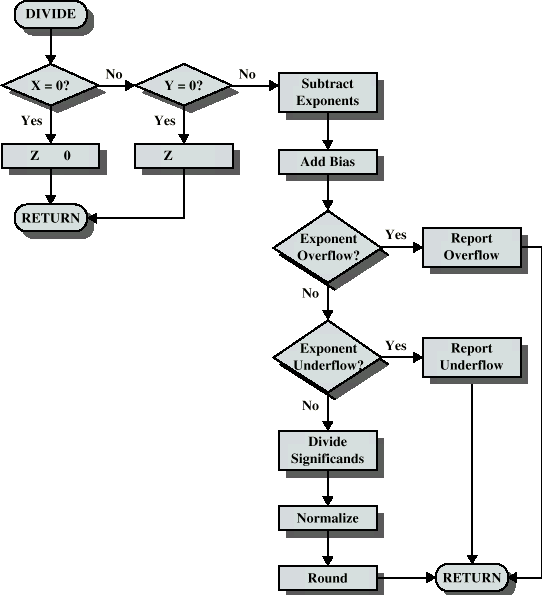