Where, M is gain of photodectector

is responsivity of photodiode 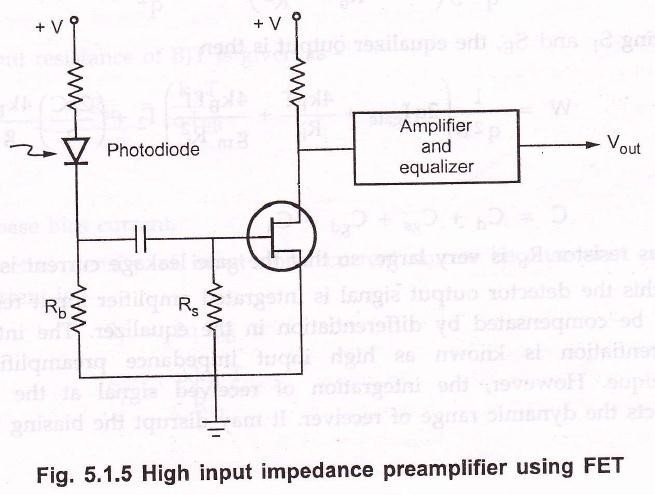 Substituting S1 and SE, the equalizer output is then 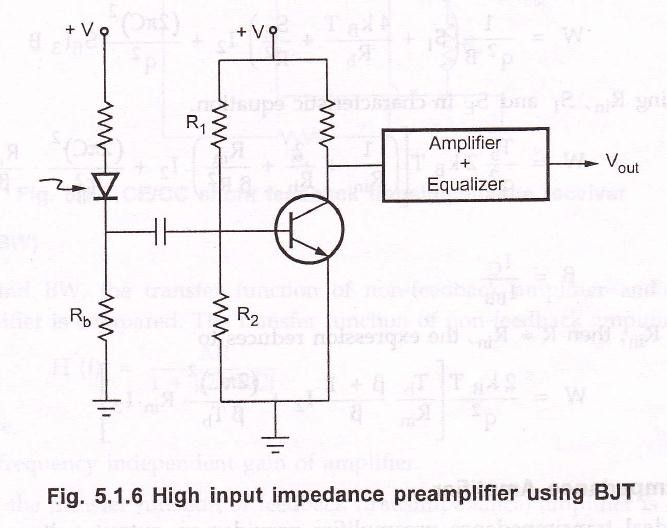 IBB is base bias current.

Where, gm is transconductance. 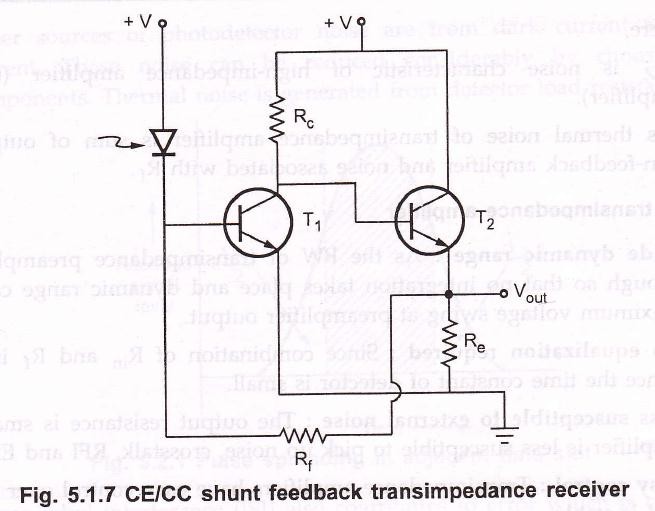 A is frequency independent gain of amplifier.

Thus thermal nose of transimpedance amplifier is sum of ooutput noise of non-feedback amplifier and noise associated with Rf.

Because of advancement in technology minimized transmitters and receivers and available in integrated circuits package.