According to the Fisher Effect, nominal risk-free interest rates contain a real rate of return and anticipated inflation in = ir + inflation

Hence, investors hoping to capitalize on a higher foreign interest rate should earn a return no higher than what they would have earned domestically

This will make rf = rh

When the interest rate differential is small, the IFE relationship can be simplified as ef @ ih-if

If the British rate on 6-month deposits were 2% above the U.S. interest rate, the £ should depreciate by approximately 2% over 6 months. Then U.S. investors would earn about the same return on British deposits as they would on U.S. deposits. 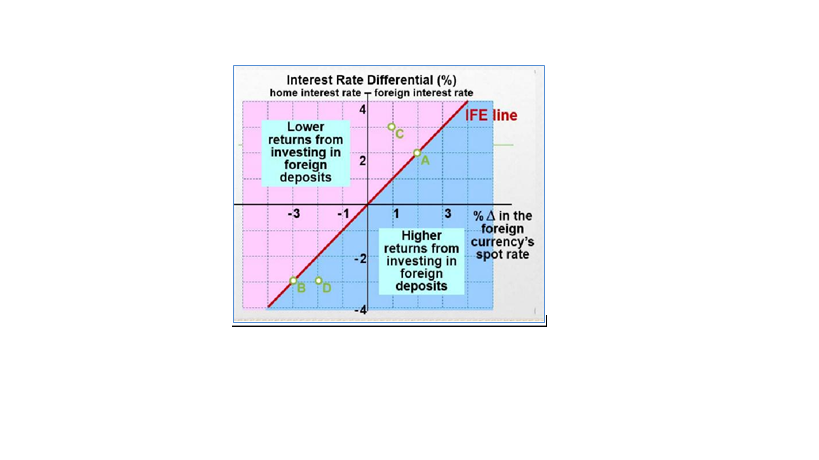 If actual interest rates and exchange rate changes are plotted over time on a graph, we can see whether the points are evenly scattered on both sides of the IFE line. Empirical studies indicate that the IFE theory holds during some time frames. However, there is also evidence that it does not hold consistently

Then apply t-tests to the regression coefficients. (Test for a0 = 0 and a1 = 1.). IFE does not hold if any coefficient differs significantly from what was expected.

Since the IFE is based on PPP, it will not hold when PPP does not hold. • In particular, if there are factors other than inflation that affect exchange rates, exchange rates may not adjust in accordance with the inflation differential.

Comparison of the IRP, PPP, and IFE Theories 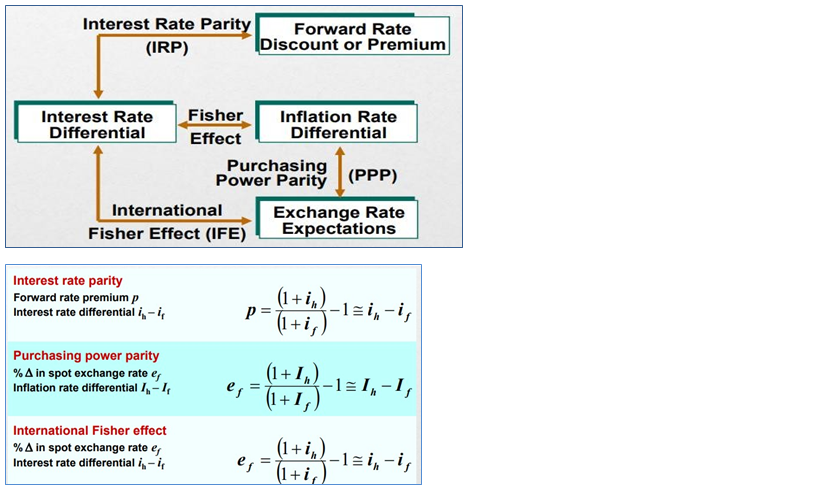