Introduction to Microprocessor and Microcomputer Architecture

A microprocessor is a programmable electronics chip that has computing and decision making capabilities similar to central processing unit of a computer. Any microprocessor- based systems having limited number of resources are called microcomputers. Nowadays, microprocessor can be seen in almost all types of electronics devices like mobile phones, printers, washing machines etc. 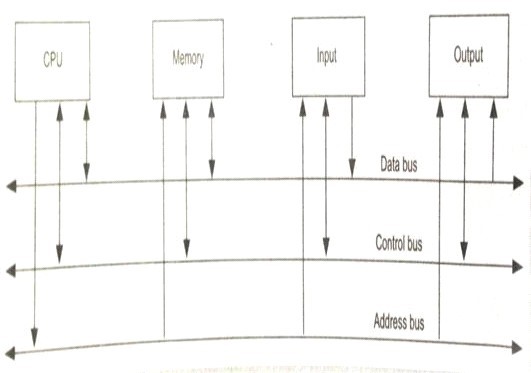 Microprocessor communicates and operates in binary numbers 0 and 1. The set of instructions in the form of binary patterns is called a machine language and it is difficult for us to understand. Therefore, the binary patterns are given abbreviated names, called mnemonics, which forms the assembly language. The conversion of assembly-level language into binary machine-level language is done by using an application called assembler.

The first microprocessor was introduced in 1971 by Intel Corp. It was named Intel 4004 as it was a 4 bit processor. It was a processor on a single chip. It could perform simple arithmetic and logic operations such as addition, subtraction, boolean AND and boolean OR. It had a control unit capable of performing control functions like fetching an instruction from memory, decoding it, and generating control pulses to execute it. It was able to operate on 4 bits of data at a time. This first microprocessor was quite a success in industry. Soon other microprocessors were also introduced. Intel introduced the enhanced version of 4004, the 4040.

The first 8 bit microprocessor which could perform arithmetic and logic operations on 8 bit words was introduced in 1973 again by Intel. This was Intel 8008 and was later followed by an improved version, Intel 8088. Some other 8 bit processors are Zilog-80 and Motorola M6800.

The 32 bit microprocessors were introduced by several companies but the most popular one is Intel 80386.

Instead of 80586, Intel came out with a new processor namely Pentium processor. Its performance is closer to RISC performance. Pentium was followed by Pentium Pro CPU. Pentium Pro allows multiple CPUs in a single system in order to achieve multiprocessing. The MMX extension was added to Pentium Pro and the result was Pentiuum II.