Java supports three jump statements: break, continue, and return. These statements transfer control to another part of your program.

Using break to Exit a Loop By using break, you can force immediate termination of a loop, bypassing the conditional expression and any remaining code in the body of the loop. When a break statement is encountered inside a loop, the loop is terminated and program control resumes at the next statement following the loop. Here is a simple example: 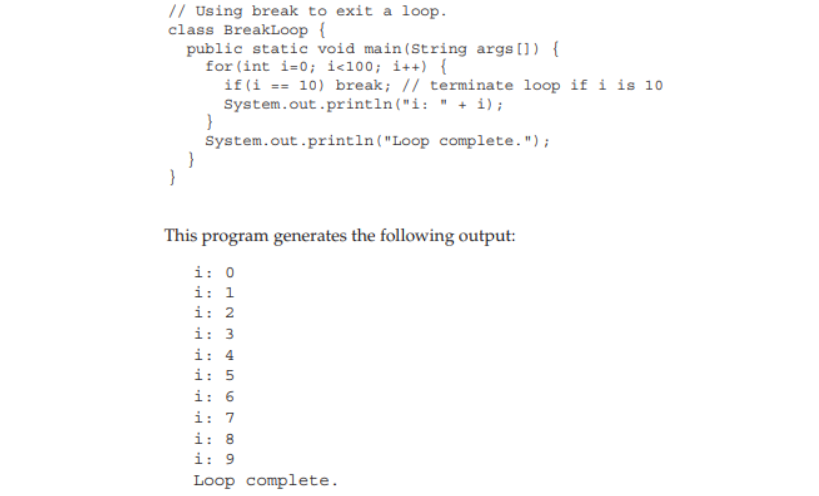 As you can see, although the for loop is designed to run from 0 to 99, the break statement
causes it to terminate early when i equal 10.

Sometimes it is useful to force an early iteration of a loop. That is, you might want to continue running the loop but stop processing the remainder of the code in its body for this particular iteration. This is, in effect, a goto just past the body of the loop, to the loop’s end.

The continue statement performs such an action. In a while and do-while loop, a continue statement causes control to be transferred directly to the conditional expression that controls the loop. In a for loop, control goes first to the iteration portion of the for statement and then to the conditional expression. For all three loops, any intermediate code is bypassed. Here is an example program that uses continue to cause two numbers to be printed on each line: 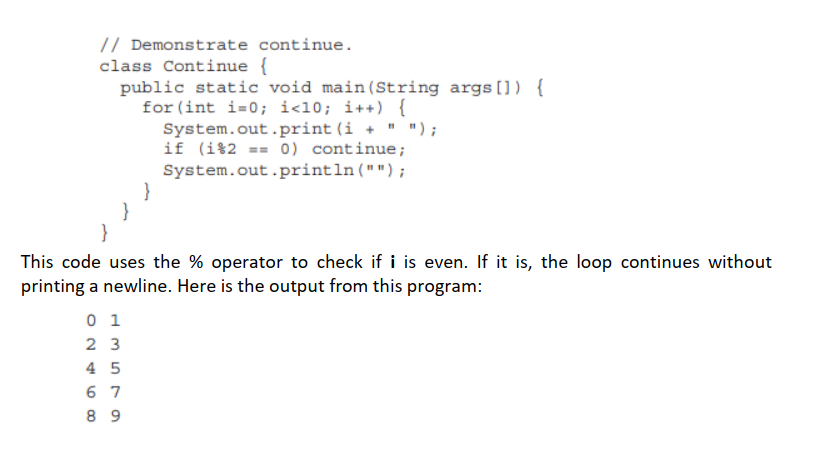 The last control statement is return. The return statement is used to explicitly return from a method. That is, it causes program control to transfer back to the caller of the method. As such, it is categorized as a jump statement.
Example: