John M. Keynes explained his liquidity preference theory through his famous book, ‘The General Theory of Employment, Interest Rates, and Money’ in 1936. He believed that there are three motives of holding money. They are as follows:

Transactions motive: Money is a medium of exchange, and people hold money to buy stuff. So as income rises, people have more transactions and people will hold more money.

Precautionary motive: People hold money for emergencies (cash for a tow truck, savings for unexpected job loss). Since this also depends on the amount of transactions people expect to make, money demand is again expected to rise with income.

Speculative motive: Money is also a way for people to store wealth. Keynes assumed that people stored wealth with either money or bonds. Under the speculative motive, money demand is negatively related to the interest rate. The speculative motive for holding money relates to the taking advantage of future market movements or it is the motive of security profits from knowing better than market what the future will bring forth.

In other words it is the motive of earning profits by sale & purchase of bonds & securities due to the variations in future rate of interest.

δ stands for income elasticity of demand for money i.e. 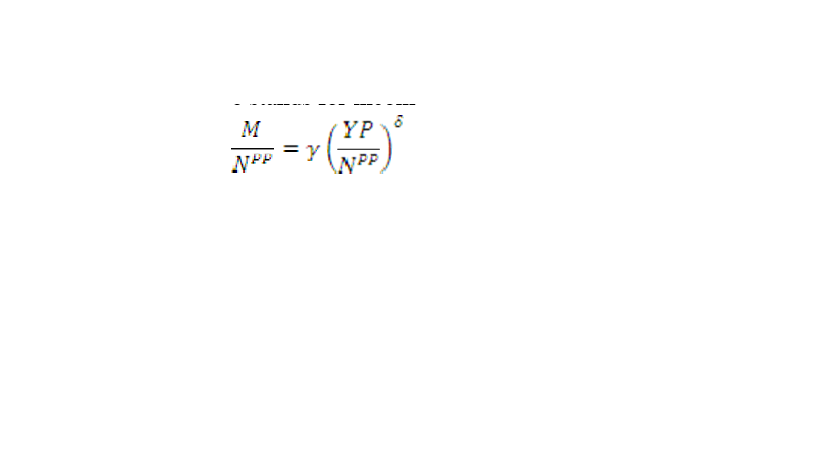 Hence in his analysis money was proved to be a luxury good whose demand increases when income increases.