What are the Layered Model of Cloud Computing 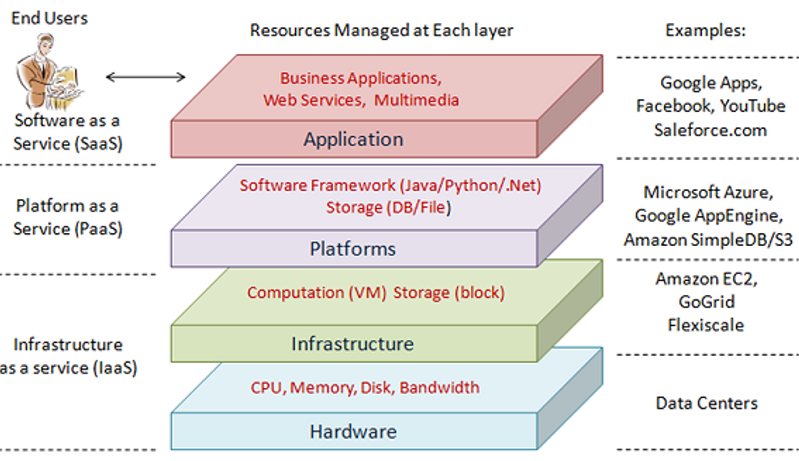 This layer is responsible for managing the physical resources of the cloud, including physical servers, routers, switches, power, and cooling systems.

In practice, the hardware layer is typically implemented in data centers.

A data center usually contains thousands of servers that are organized in racks and interconnected through switches, routers or other fabrics.

Also known as the virtualization layer, the infrastructure layer creates a pool of storage and computing resources by partitioning the physical resources using virtualization technologies such as Xen , KVM and VMware .

The infrastructure layer is an essential component of cloud computing, since many key features, such as dynamic resource assignment, are only made available through virtualization technologies.

Built on top of the infrastructure layer, the platform layer consists of operating systems and application frameworks.

The purpose of the platform layer is to minimize the burden of deploying applications directly into VM containers.

At the highest level of the hierarchy, the application layer consists of the actual cloud applications.

A Data Center (DC) is a pool of computing resources(computational, storage, network) clustered together using communication networks to host applications and store data.

The main purpose of a data center is running the applications that handle the core business and operational data of the organization.