Information about the state of (Router interfaces) links is known as link-states. As you can see in the figure, this information includes: 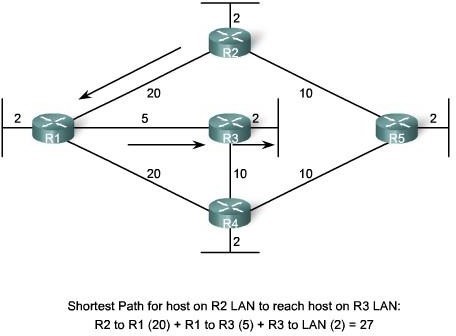 When   receiving   a   Link-state   Packet   (LSP),   link-state    routing    protocols immediately flood the LSP out all interfaces except for the interface from which the LSP was received. This way, it achieves the faster convergence. With distance vector routing algorithm, router needs to process each routing update and update its routing table before flooding them out other interfaces.