Let’s take a simple example to understand this. We have two classes: A child class Boy and a parent class Human. The Boy class extends Human class. Both the classes have a common method void eat (). Boy class is giving its own implementation to the eat () method or in other words it is overriding the eat () method. 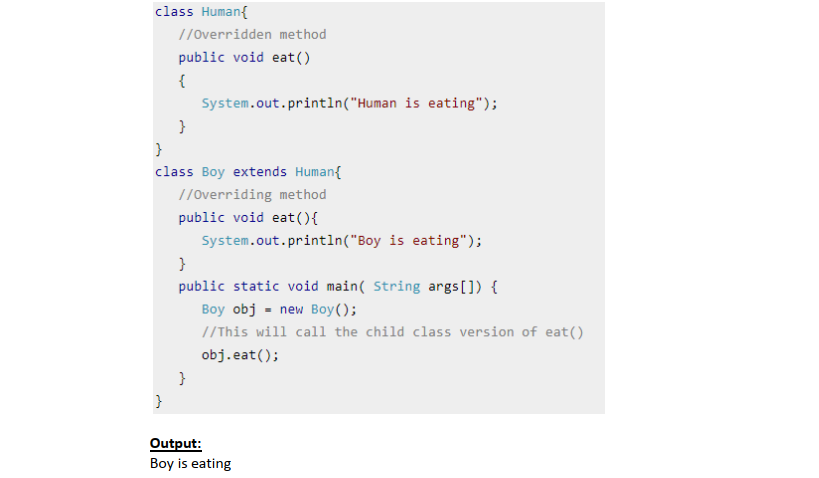 Rules of method overriding in Java

1. Argument list: The argument list of overriding method (method of child class) must match the Overridden method (the method of parent class). The data types of the arguments and their sequence should exactly match.

2. Access Modifier of the overriding method (method of subclass) cannot be more restrictive than the overridden method of parent class. For e.g. if the Access Modifier of parent class method is public then the overriding method (child class method) cannot have private, protected and default Access modifier, because all of these three access modifiers are more restrictive than public. 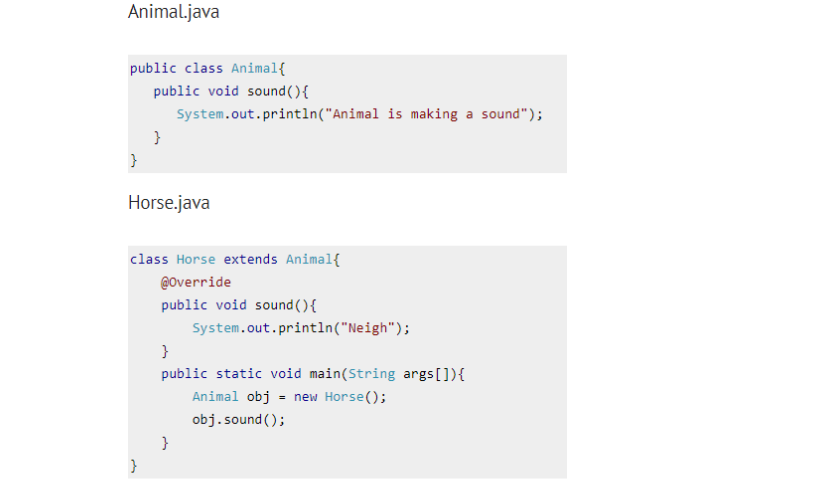