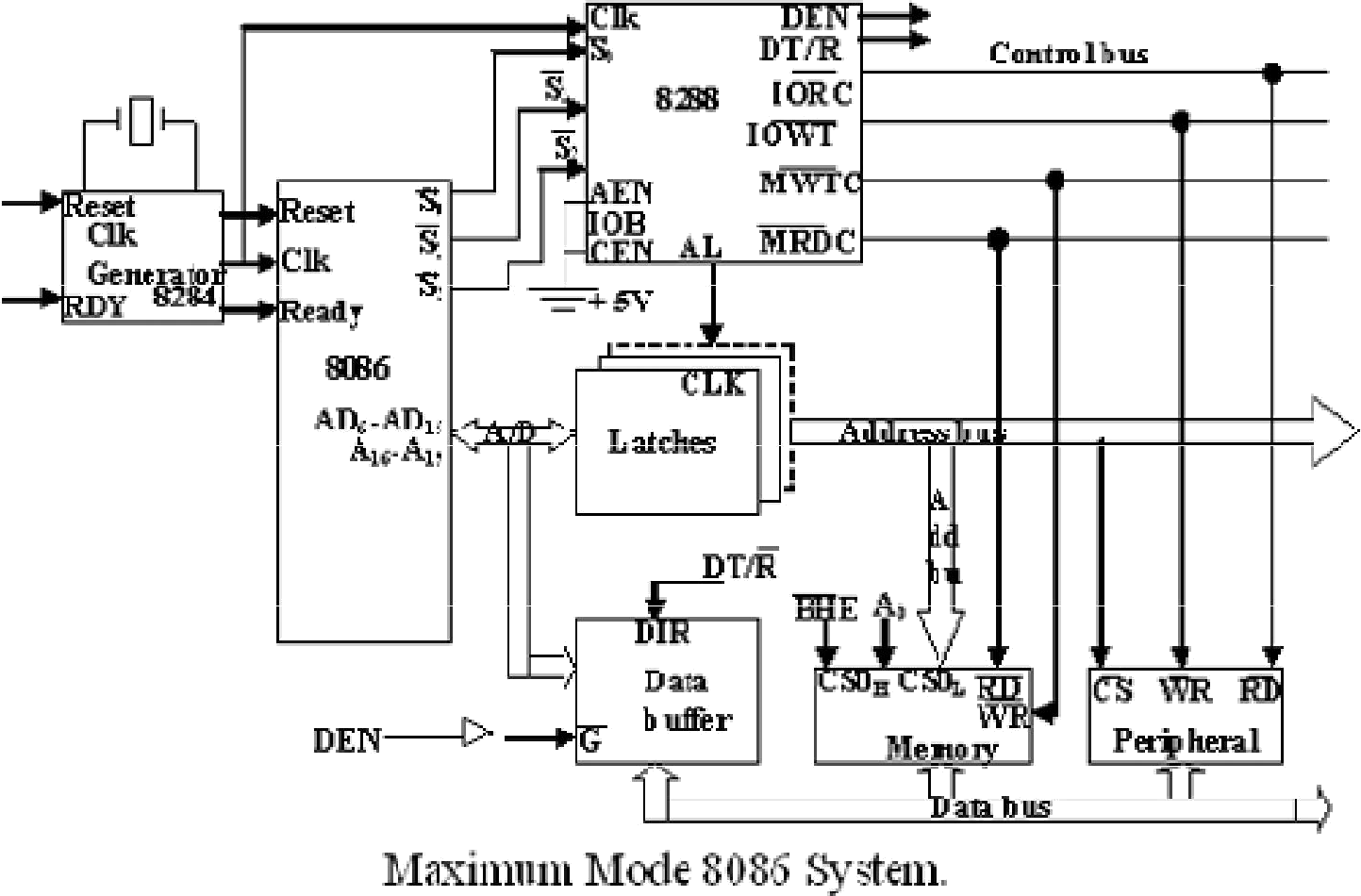 The DEN signal indicates the direction of data, i.e. from or to the processor. The system contains memory for the monitor and user program storage. 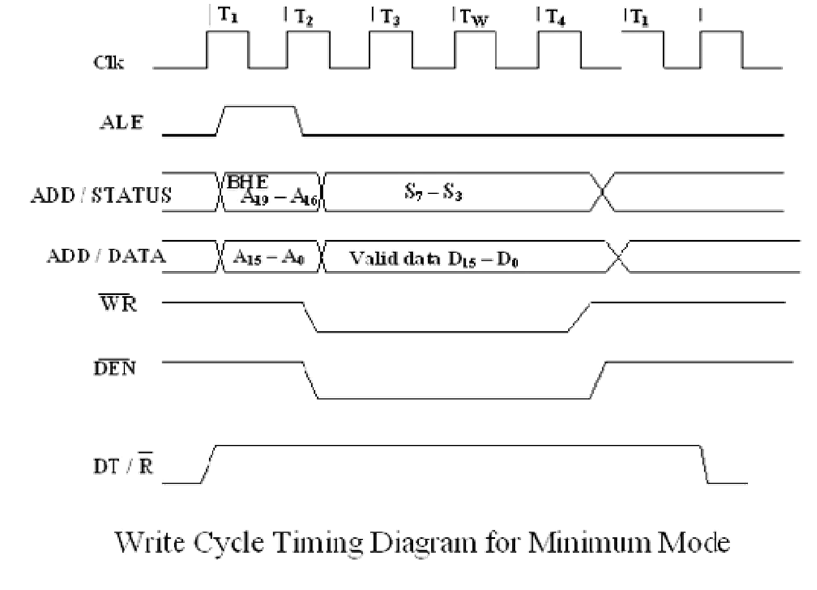