There are ten observations in the series wherein the figure 15 occurs maximum number of times three. The mode is therefore 15. The series given above is a discrete series; as such, the variable cannot be in fraction. If the series were continuous, we could say that the mode is approximately 15, without further computation.

In the case of grouped data, mode is determined by the following formula:

We have to calculate the mode in respect of this series.

Solution: We can see from Column (2) of the table that the maximum frequency of 12 lies in the class-interval of 60-70. This suggests that the mode lies in this class- interval. Applying the formula given earlier, we get: 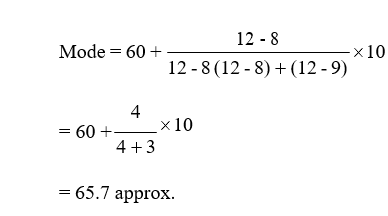 At times, it is not possible to identify by inspection the class where the mode lies. In such cases, it becomes necessary to use the method of grouping. This method consists of two parts: 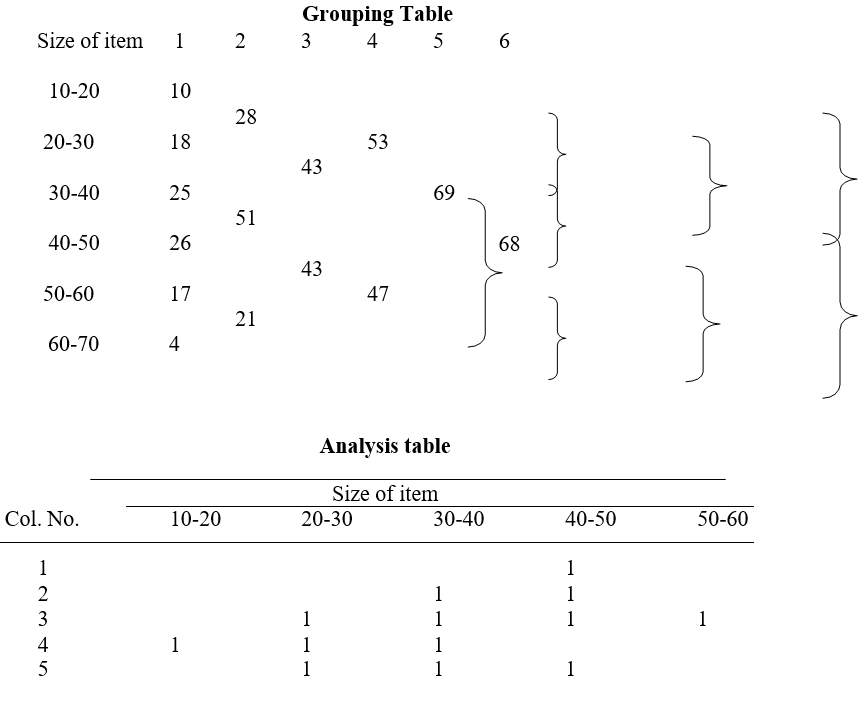 This is a bi-modal series as is evident from the analysis table, which shows that the two classes 30-40 and 40-50 have occurred five times each in the grouping. In such a situation, we may have to determine mode indirectly by applying the following formula:

Now, arithmetic mean is to be calculated. This is shown in the following table.

This formula, Mode = 3 Median-2 Mean, is an empirical formula only. And it can give only approximate results. As such, its frequent use should be avoided. However, when mode is ill defined or the series is bimodal (as is the case in the present example) it may be used.