Modes of communication in Computer Network

The simplest signal flow technique is the simplex configuration. In Simplex transmission, one of the communicating devices can only send data, whereas the other can only receive it. Here, communication is only in one direction (unidirectional) where one party is the transmitter and the other is the receiver. Examples of simplex communication are simple radio, and Public broadcast television where you can receive data from stations but can’t transmit data back. The television station sends out electromagnetic signals. The station does not expect and does not monitor for a return signal from the television set. This type of channel design is easy and inexpensive to set up.

A full duplex refers to the transmission of data in two directions simultaneously. Here, both devices are capable of sending as well as receiving data at the same time. Sharing the same channel and moving signals in both directions increases the channel throughput without increasing bandwidth. For example, a telephone is a full-duplex device because both parties can talk to each other simultaneously. 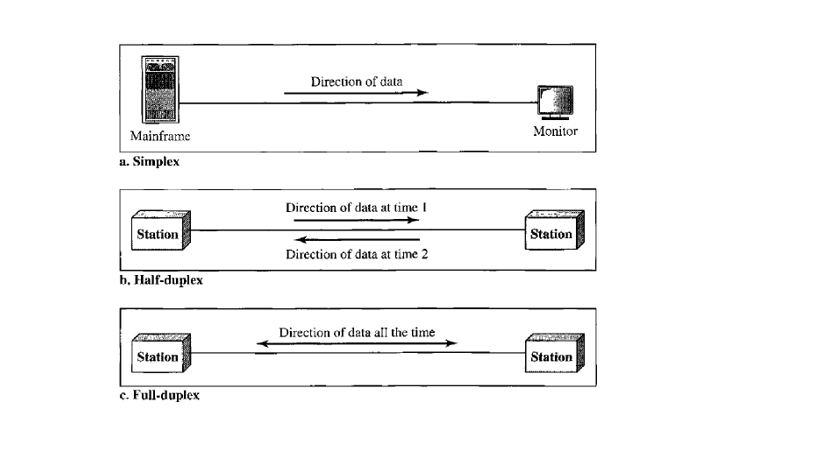