If there is a dedicated link between the sender and the receiver then data link control layer is sufficient, however if there is no dedicated link present then multiple stations can access the channel simultaneously. Hence multiple access protocols are required to decrease collision and avoid crosstalk. For example, in a classroom full of students, when a teacher asks a question and all the students (or stations) start answering simultaneously (send data at same time) then a lot of chaos is created (data overlap or data lost) then it is the job of the teacher (multiple access protocols) to manage the students and make them answer one at a time.

Thus, protocols are required for sharing data on non-dedicated channels. Multiple access protocols can be subdivided further as –

In this, all stations have the same superiority that is no station has more priority than another station. Any station can send data depending on the medium’s state (idle or busy). It has two features:

ALOHA is a system for coordinating and arbitrating access to a shared communication Networks channel. It was developed in the 1970s by Norman Abramson and his colleagues at the University of Hawaii. The original system was used for ground-based radio broadcasting, but the system has been implemented in satellite communication systems.

A shared communication system like ALOHA requires a method of handling collisions that occur when two or more systems attempt to transmit on the channel at the same time. In the ALOHA system, a node transmits whenever data is available to send. If another node transmits at the same time, a collision occurs, and the frames that were transmitted are lost. However, a node can listen to broadcasts on the medium, even its own, and determine whether the frames were transmitted. Aloha is a multiple access protocol at the data link layer and proposes how multiple terminals access the medium without interference or collision.

There are two different versions of ALOHA 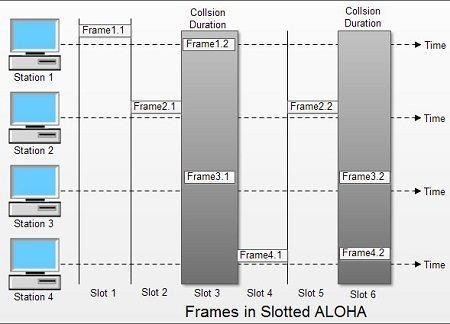 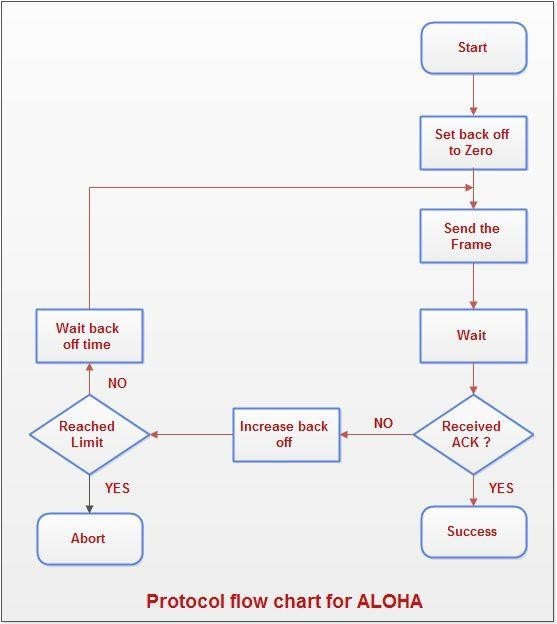