MPCP assumes that task and resources have been assigned and statically bound to process and scheduler of any synchronization processor know the priorities and resource requirement of all task requiring the global resources managed by the processor.

Consider a system with two processor P1 and P2 as shown in fig below. 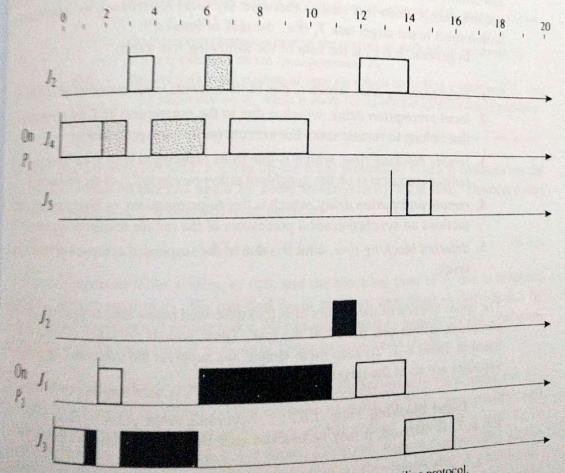 A job may be delayed by a local higher priority job whose execution is suspended on the local processor when higher priority jobs executes on a remote processor. This time is also considered as a blocking time in multiprocessor system. For example J2 is suspended at time 7 and it is still not completed in the time interval (13, 14) and J5 released at 13 cannot start until time 14.