1. Many to Many Model

Following diagram shows the many to many models. In this model, developers can create as many user threads as necessary and the corresponding Kernel threads can run in parallels on a multiprocessor. 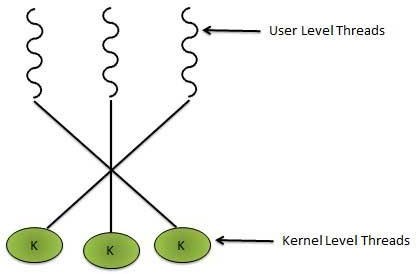 2. Many to One Model

Many to one model maps many user level threads to one Kernel level thread. Thread management is done in user space. When thread makes a blocking system call, the entire process will be blocks. Only one thread can access the Kernel at a time, so multiple threads are unable to run in parallel on multiprocessors.

If the user level thread libraries are implemented in the operating system in such a way that system does not support them then Kernel threads use the many to one relationship modes. 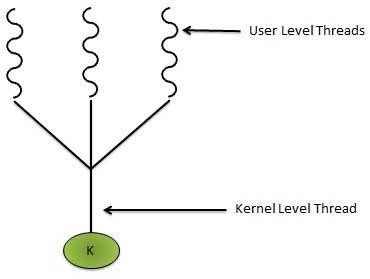 There is one to one relationship of user level thread to the kernel level thread. This model provides more concurrency than the many to one model. It also another thread to run when a thread makes a blocking system call. It support multiple thread to execute in parallel on microprocessors.

Disadvantage of this model is that creating user thread requires the corresponding Kernel thread. OS/2, Windows NT and windows 2000 use one to one relationship model. 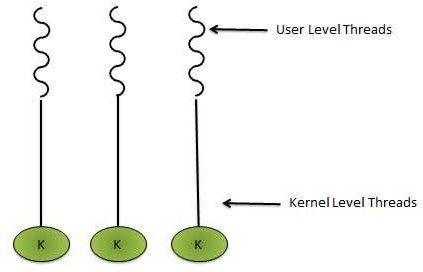