The human body is composed of different types of cells like bone cells, muscle cells, body cells, etc.  It is the sum totals of the tissues that record and distribute information within individual.

The complex network of neurons that regulates bodily processes and responsible for all aspects of conscious experience. The nervous system is composed of two kinds of cells, the glial cells and nerve cells.

It is composed mainly of two types of cells i.e. neuron and glial cell where glia cell provide a mechanical framework supporting the network of neurons. The human brain is composed of about 150 billion nerve cells. Information travels in the nervous system through three types of neurons: Sensory Neurons, Motor Neurons, and Inter Neuron. 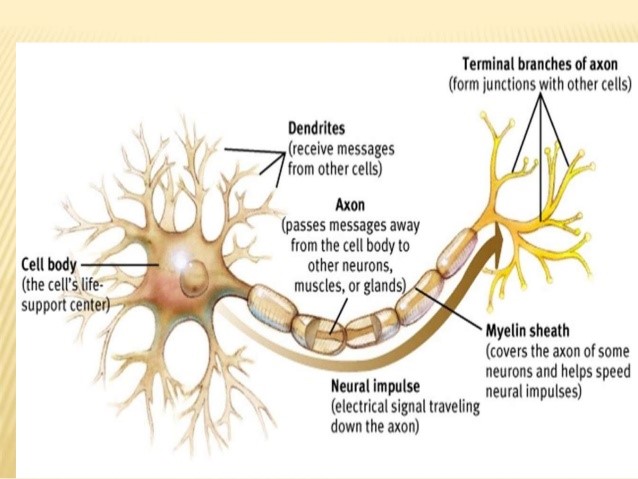 Brain and the spinal cords are the two important parts of the CNS. It is also called old brain because its evolutionary aspect can be traced to more than 500 million years back. It contains three importance divisions: Hindbrain, Midbrain, and the Forebrain.

Spinal cord is a rope like segment about the thickness of a pencil connects nerves tissues extending down the back. It works like an information highway. It has basically two important functions:

The Peripheral Nervous System connects the outer portions of the body with CNS. It is like the key board, monitor, and a printer which passes information in and out in a computer.