Non-optimality of EDF and LST

EDF and LST algorithms are not optimal if preemption is not allowed or there is more thhan one processor .Consider the following 3 independent non-preemptable jobs, J1, J2, J3, with release times 0, 2, 4 and execution times 3, 6, 4, and deadlines 10, 14, 12 respectively. 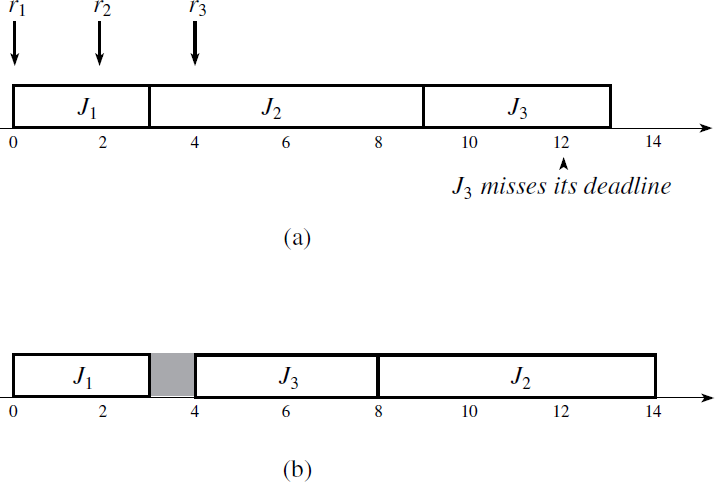 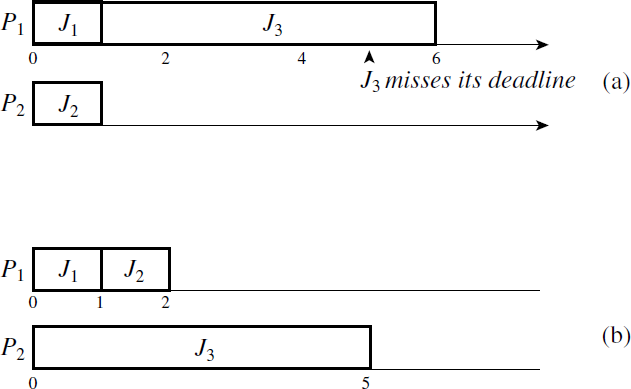 Hence both EDF and LST are not optimal in case of jobs non preemptive constrain and multiprocessor environment.