λc cut-off wavelength is in µm.

where,       Ip is average photocurrent.

Absorption coefficient of material determines the quantum Quantum efficiency η < 1 as all the photons incident will not generate e-h pairs. It is normally expressed in percentage.

r photodetectors are sued. As the intensity of optical signal at the receiver is very low, the detector has to meet high performance

Id is dark current i.e. current that flows when no signal is present. Is is photo generated current due to incident optical signal.

Fig. 3.2.1 shows a plot of this equation for varying amounts of incident optical power. 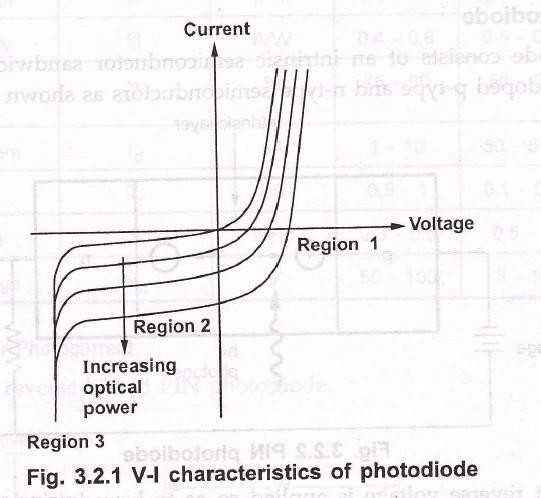 PIN diode consists of an intrinsic semiconductor sandwiched between two heavily doped p-type and n-type semiconductors as shown in Fig. 3.2.2. 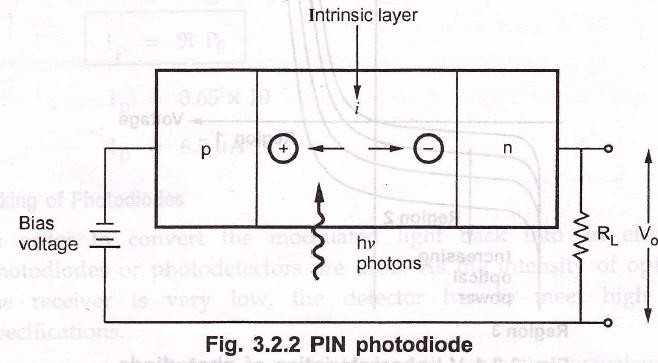 Sufficient reverse voltage is applied so as to keep intrinsic region free from carries, so its resistance is high, most of diode voltage appears across it, and the electrical forces are strong within it. The incident photons give up their energy and excite an electron from valance to conduction Thus a free electron hole pair is generated, these are called as photocarriers. These carriers are collected across the reverse biased junction resulting in rise in current in external circuit called photocurrent.

Jdr is drift current densioty due to carriers generated in depletion region.

Jdiff is diffusion current density due to carriers generated outside depletion region.

A is photodiode area.

RT, is combination input resistance of load and amplifier. CT is sum of photodiode and amplifier capacitance.

Example 3.2.5 : Compute the bandwidth of a photodetector having parameters as – Photodiode capacitance = 3 pF 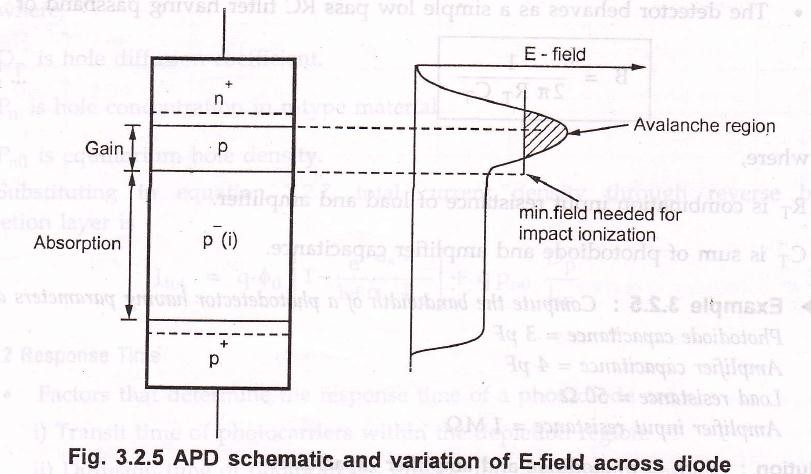 Important Formulae for PIN and APD

State the significance of each parameter in the expression.