Important characteristics, similarities and differences between SONET and SDH: 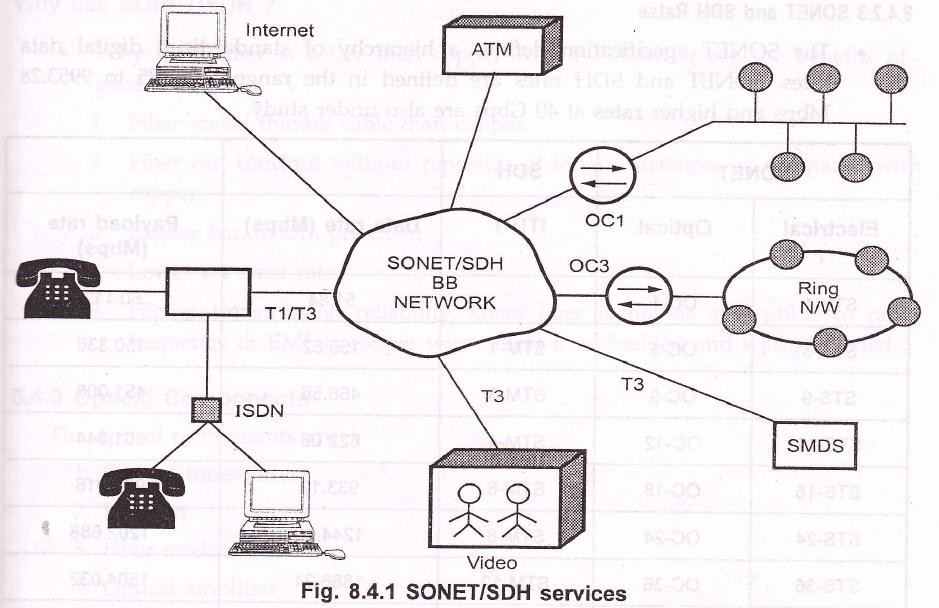 Some of the technical similarities between SONET and SDH are :

Advantages are listed below :

The optical components are 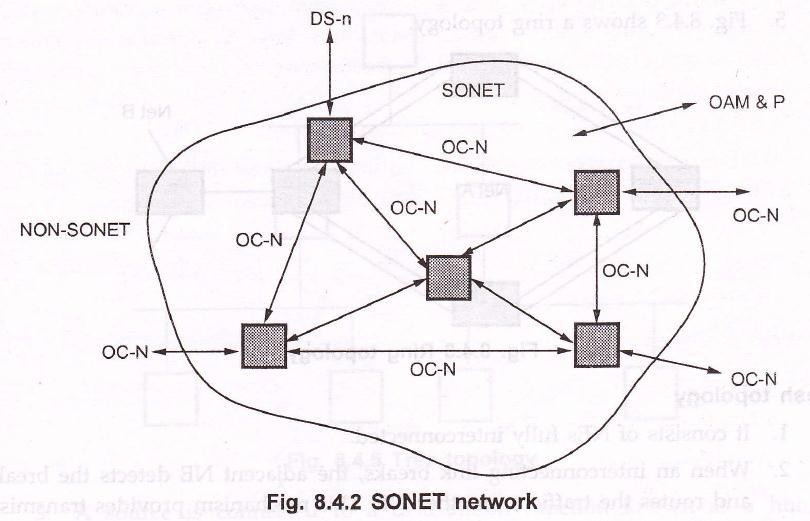 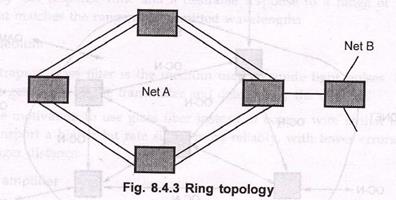 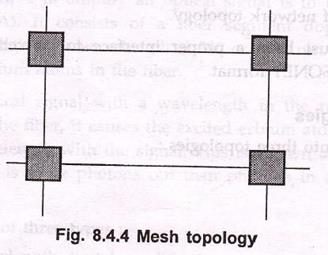 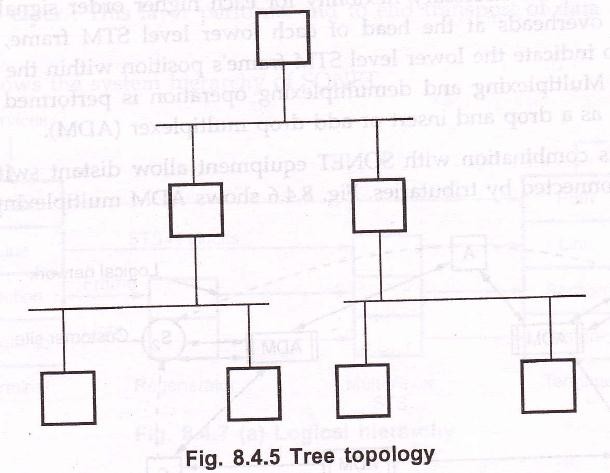 The SONET specification defines a hierarchy of standardized digital data rates. The basic transmission rate defined in the SDH is 155.52 Mbps and is known as a synchronous transport module level 1 signal (STM-1). Higher rates of STM-4 (622 Mbps) and STM-16 (2.4Gbps) are also defined. 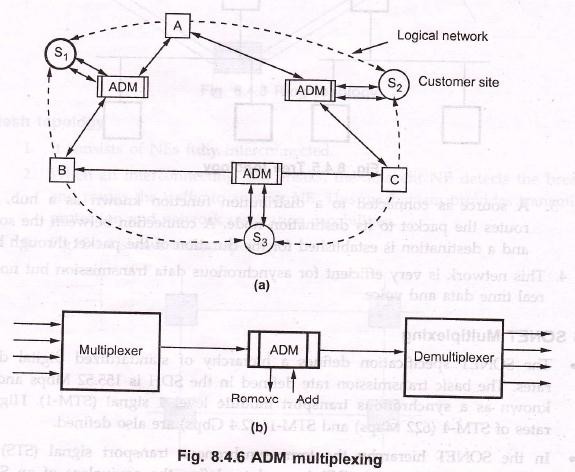 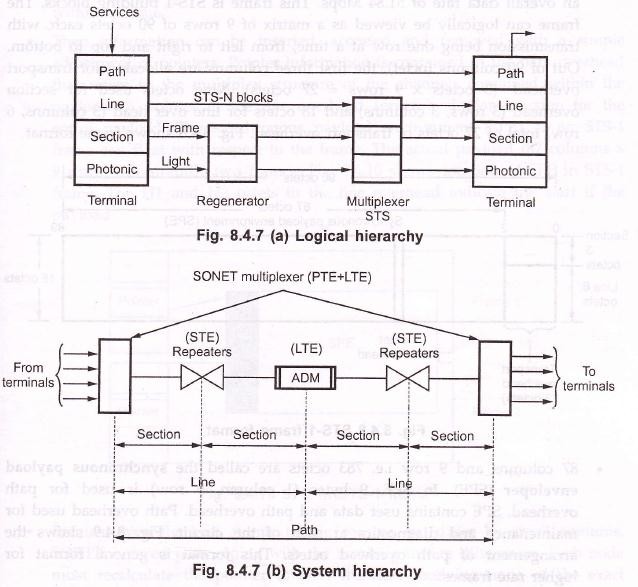 (SPE) of an STS-1 frame can float with respect to the frame. The actual payload (87 columns X 9 rows) can straddle two frames. Fig. 8.4.10 shows location of SPE in STS-1 frame. The H1 and H2 octets in the line overhead indicate the start if the payload. 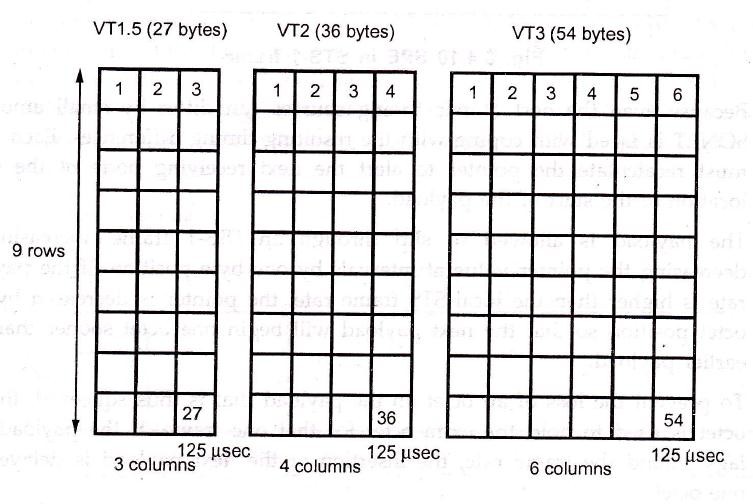 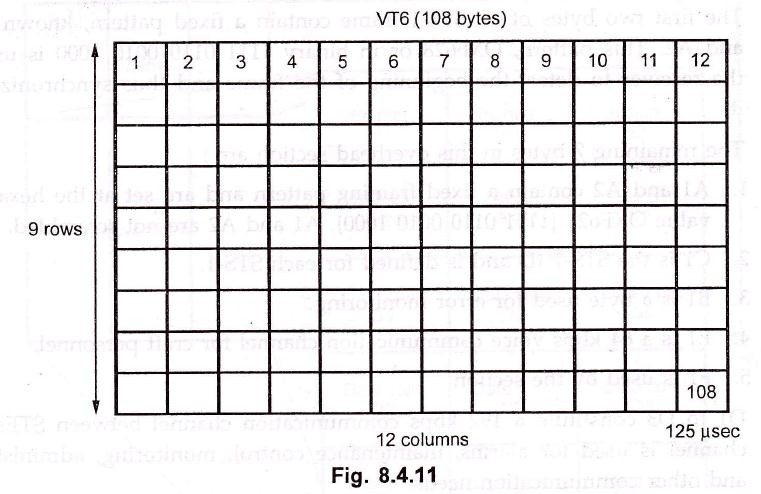 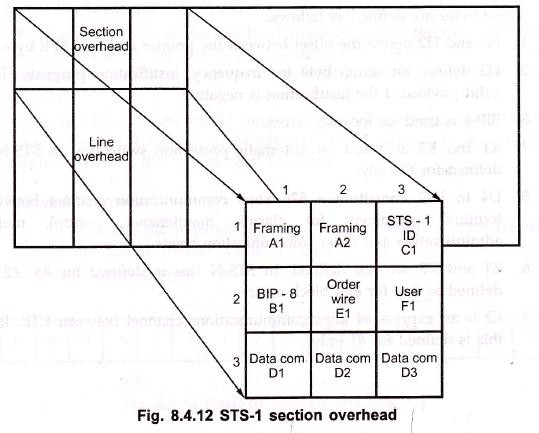 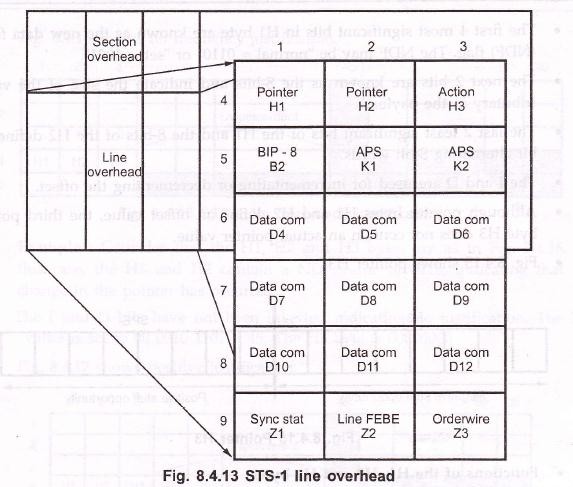 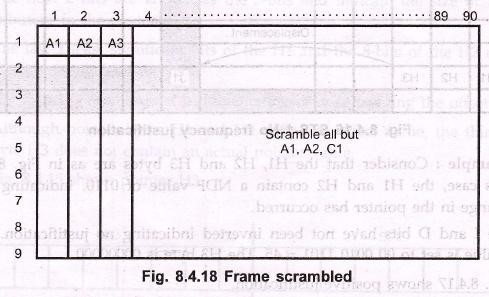 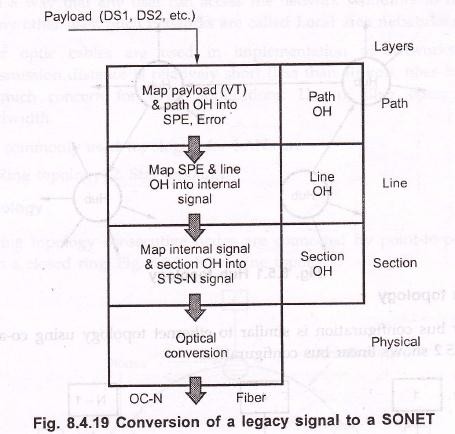