Pipelining is a technique of decomposing a sequential process into suboperations, with each subprocess being executed in a special dedicated segment that operates concurrently with all other segments.

The overlapping of computation is made possible by associating a register with each segment in the pipeline.

The registers provide isolation between each segment so that each can operate on distinct data simultaneously.

Perhaps the simplest way of viewing the pipeline structure is to imagine that each segment consists of an input register followed by a combinational circuit.

A clock is applied to all registers after enough time has elapsed to perform all segment activity.

The pipeline organization will be demonstrated by means of a simple example:

Each suboperation is to be implemented in a segment within a pipeline.

Each segment has one or two registers and a combinational circuit as shown in 9-2.

The five registers are loaded with new data every clock The effect of each clock is shown in Table 4-1. 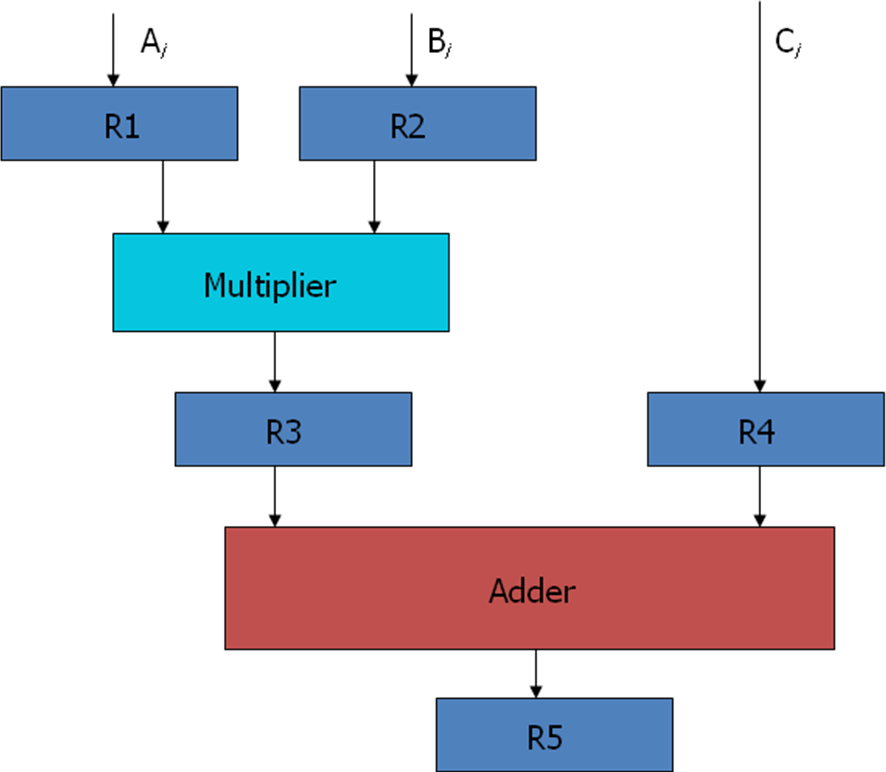