Whenever a job J requests a resource R at time t, one of the following two conditions occurs:

When J becomes blocked the job Jl which blocked J inherits the current priority π (t) of J. Jl executes at its inherited priority until the time when it releases every resource whose priority ceiling is equal to or higher than π (t). At that time, priority of Jl returns to its priority πl  (t’) at time t’ when it was granted the resource.

Consider a system with following parameters: 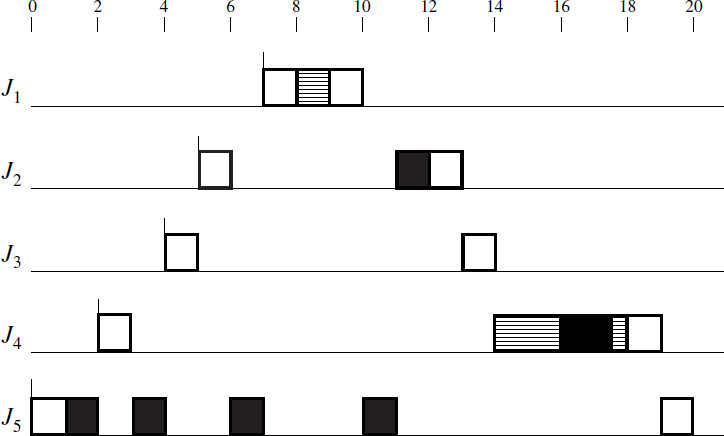