eg: If age = youth AND student = yes THEN buys_computer = yes.

Ncovers = number of record that can be classified by the rule.

Ncorrect = Number of records that are correctly classified by the rule

Ncovers =  Number of record that can be classified by the rule

How does Rule-Based Classifier work?

Case-I: If only one rule is satisfied

Case-II: If more than one rules are satisfied

Case-III: If no rule is satisfied

- Extract rules directly from data. It is an inductive and sequential approach.

Where, t: number of positive instances covered by both R0 and

Remove one of the conjuncts in the rule

Compare error rate on validation set before and after pruning

If error improves, prune the conjunct 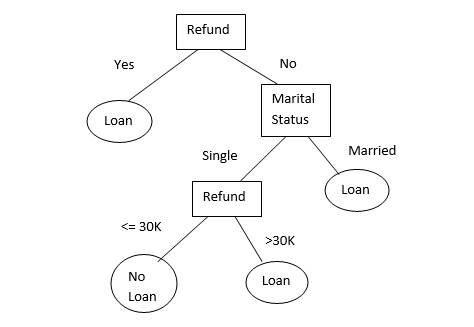