Sliding Window on Receiver Side 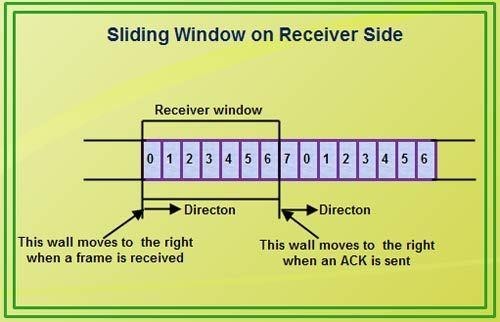 There are three types of techniques available which Data-link layer may deploy to control the errors by Automatic Repeat Requests (ARQ):