Sockets are the combination of IP addresses plus corresponding TCP/UDP port numbers. For applications to work with TCP/IP, Application Program Interface (API) is required. API serves as an interface between different software programs and facilitates their interaction, similar to the way the user interface facilitates interaction between humans and computers.

A passive socket is not connected, but rather awaits an incoming connection, which will spawn a new active socket. 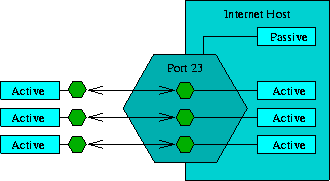 Sockets are   the   combination   of   IP   address   plus corresponding TCP/UDP port numbers. It is like PBX phone systems, where the IP address is the phone number, and the port is the extension. Every paired of connected socket has a source IP/port and a destination IP/port. Users of Internet applications are normally aware of all except the local port number, this is allocated when connection is established and is almost entirely arbitrary unlike the well-known port numbers associated with popular applications.

There are three types of sockets: 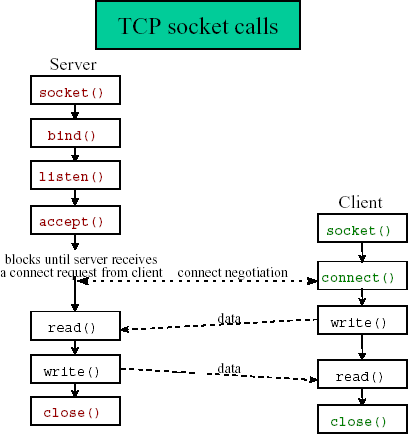 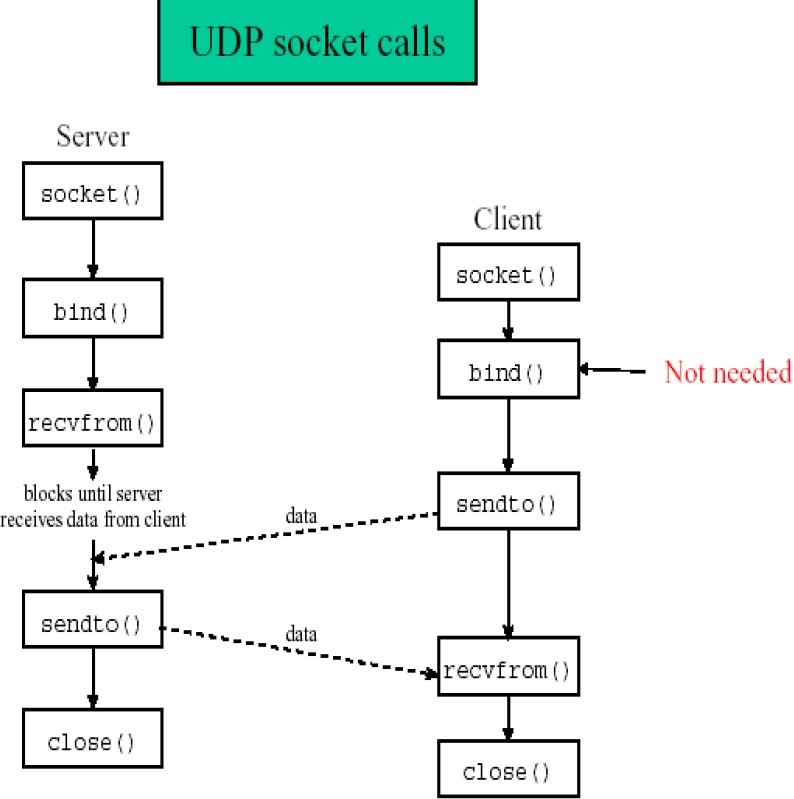