Following are the most important and popular SDLC models followed in the industry:

Waterfall model is an example of a Sequential model. In this model, the software development activity is divided into different phases and each phase consists of series of tasks and has different objectives.

It is divided into phases and output of one phase becomes the input of the next phase. It is mandatory for a phase to be completed before the next phase starts. In short, there is no overlapping in Waterfall model.

In waterfall, development of one phase starts only when the previous phase is Because of this nature, each phase of waterfall model is quite precise well defined. Since the phases fall from higher level to lower level, like a waterfall, It’s named as waterfall model. 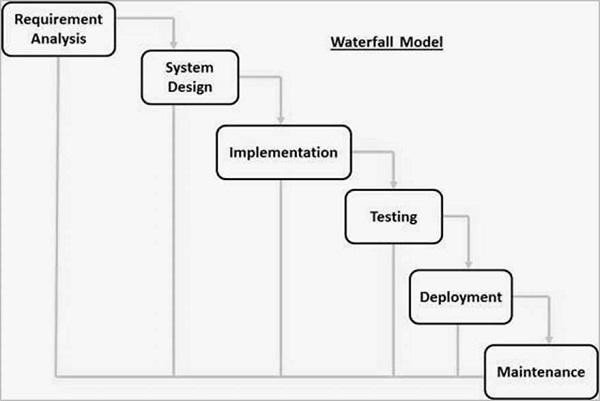 Advantage and Disadvantage of Waterfall model:

In the waterfall model, it is very important to take the sign off of the deliverables of each phase. As of today most of the projects are moving with Agile and Prototype models, Waterfall model still holds good for smaller projects. If requirements are straightforward and testable, Waterfall model will yield the best results.

The basic idea in Prototype model is that instead of freezing the requirements before a design or coding can proceed, a throwaway prototype is built to understand the requirements.

This prototype is developed based on the currently known requirements. Prototype model is a software development model. By using this prototype, the client can get an “actual feel” of the system, since the interactions with prototype can enable the client to better understand the requirements of the desired system.

Prototyping is an attractive idea for complicated and large systems for which there is no manual process or existing system to help determining the requirements.

The prototype are usually not complete systems and many of the details are not built in the The goal is to provide a system with overall functionality.

Advantages and Disadvantage of Prototype model

When to use Prototype model:

An iterative life cycle model does not attempt to start with a full specification of requirements. Instead, development begins by specifying and implementing just part of the software, which can then be reviewed in order to identify further requirements. This process is then repeated, producing a new version of the software for each cycle of the model.

In the diagram above when we work iteratively we create rough product or product piece in one iteration, then review it and improve it in next iteration and so on until it’s finished. As shown in the image above, in the first iteration the whole painting is sketched roughly, then in the second iteration colors are filled and in the third iteration finishing is done. Hence, in iterative model the whole product is developed step by step.

When to use iterative model

RUP Stands for "Rational Unified Process." RUP is a software development process from Rational, a division of IBM. It divides the development process into four distinct phases that each involve business modeling, analysis and design, implementation, testing, and deployment.

The four phases are: 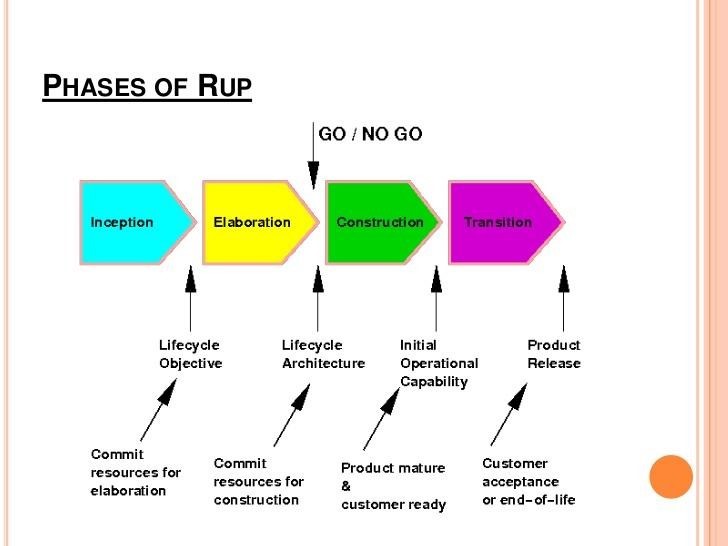 The RUP development methodology provides a structured way for companies to envision create software programs. Since it provides a specific plan for each step of the development process, it helps prevent resources from being wasted and reduces unexpected development costs.

In time boxing model, development is done iteratively as in the iterative enhancement However, in time boxing model, each iteration is done in a timebox of fixed duration. The functionality to be developed is adjusted to fit the duration of the timebox. Moreover, each timebox is divided into a sequence of fixed stages where each stage performs a clearly defined task (analysis, implementation, and deploy) that can be done independently. This model also requires that the time duration of each stage is approximately equal so that pipelining concept is employed to have the reduction in development time and product releases.

There is a dedicated team for each stage so that the work can be done in pipelining. Thus, stages should be chosen in such a way that each stage perform some logical unit of work that becomes the input for next.

Table Advantages and Disadvantages of the Time boxing Model

What is Extreme Programming?

XP is a lightweight, efficient, low-risk, flexible, predictable, scientific, and fun way to develop a software.

eXtreme Programming (XP) was conceived and developed to address the specific needs of software development by small teams in the face of vague and changing requirements.

A key assumption of Extreme Programming is that the cost of changing a program can be held mostly constant over time.

This can be achieved with −

Extreme Programming in a Nutshell

Iterating facilitates the accommodating changes as the software evolves with the changing requirements.

Why is it called “Extreme?”

The success of projects, which follow Extreme Programming practices, is due to −

always ensures sufficient time for accommodating changes such that the current operations are not affected.

Agile development model is also a type of Incremental model. Software is developed in incremental, rapid cycles. This results in small incremental releases with each release building on previous functionality. Each release is thoroughly tested to ensure software quality is maintained. It is used for time critical applications. Extreme Programming (XP) is currently one of the most well known agile development life cycle model.

When to use Agile model: