The prefix and the subnet mask are different ways of representing the same thing - the network portion of an address.

A routing system used by routers and gateways on the backbone of the Internet for routing packets. CIDR replaces the old class method of allocating 8, 16, or 24 bits to the network ID, and instead allows any number of contiguous bits in the IP address to be allocated as the network ID. For example, if a company needs a few thousand IP addresses for its network, it can allocate 11 or 12 bits of the address for the network ID instead of 8 bits for a class C (which wouldn’t work because you would need to use several class C networks) or 16 bits for class B (which is wasteful).

CIDR assigns a numerical prefix to each IP address. For example, a typical destination IP address using CIDR might be 177.67.5.44/13. The prefix 13 indicates that the first 13 bits of the IP address identify the network, while the remaining 32 - 13 = 19 bits identify the host. The prefix helps to identify the Internet destination gateway or group of gateways to which the packet will be forwarded. Prefixes vary in size, with longer prefixes indicating more specific   destinations.   Routers   use   the   longest   possible   prefix   in   their   routing tables when determining how to forward each packet. CIDR enables packets to be sent to groups of networks instead of to individual networks, which considerably simplifies the complex routing tables of the Internet’s backbone routers.

How to Create Subnets?

To create subnetworks, you take bits from the host portion of the IP address and reserve them to define the subnet address.

How many bits to borrow?

There are many different ways to subnet a network. The right way is the way that works best for you. In a Class C address, only 8 bits are available for defining the hosts. Remember that subnet bits start at the left and go to the right, without skipping bits. This means that the only Class C subnet masks can be the following: 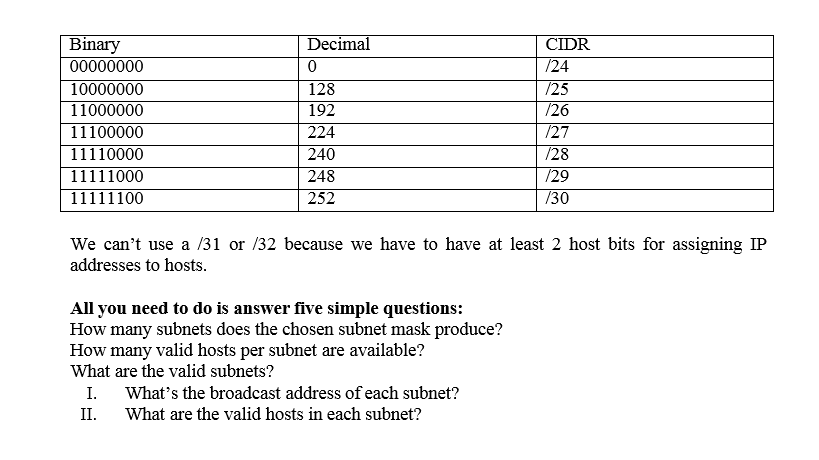 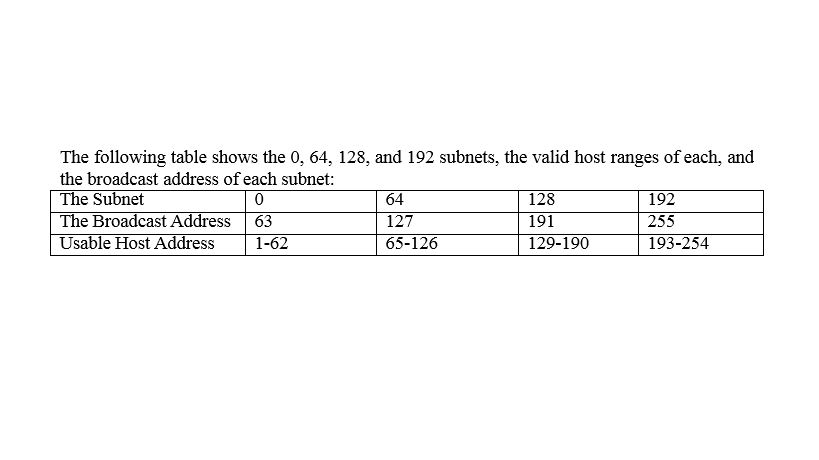 These are the exact numbers we used with Class C; we use them in the third octet and add a 0 in the fourth octet for the network address.

Broadcast address for each subnet? 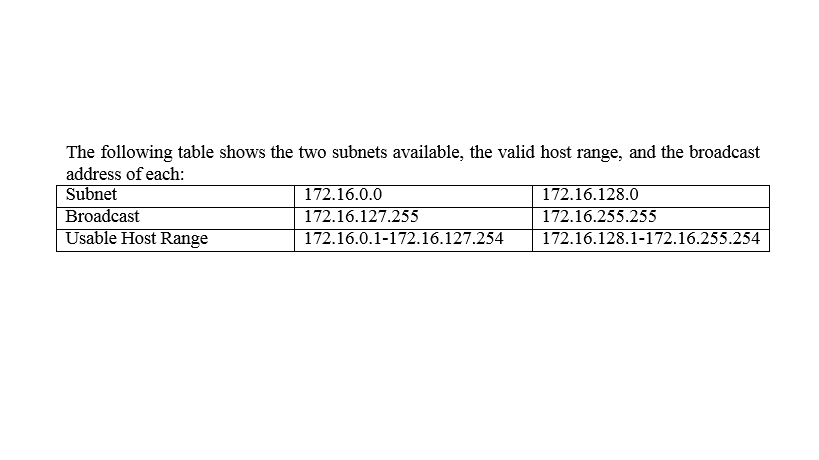