User thread are supported at user level. In this case, the thread management kernel is not aware of the existence of threads. The thread library contains code for creating and destroying threads, for passing message and data between threads, for scheduling thread execution and for saving and restoring thread contexts. In fact, the kernel knows nothing about user-level threads and manages them as if they were single-threaded processes. 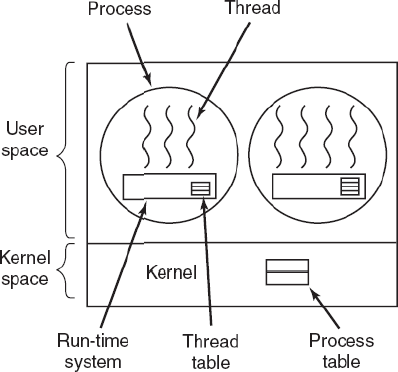 In this method, the kernel knows about and manages the threads. Instead of thread table in each process, the kernel has a thread table that keeps track of all threads in the system. Scheduling by the Kernel is done on a thread basis. The Kernel performs thread creation, scheduling and management in Kernel space. Kernel threads are generally slower to create and manage than the user threads. 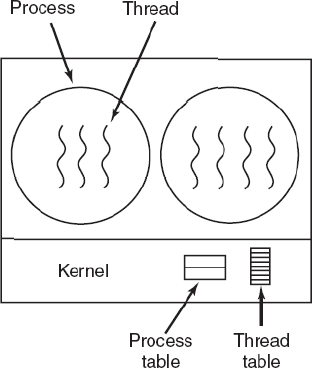 Some operating system provides a combined user level thread and Kernel level thread facility. Solaris is a good example of this combined approach. In a combined system, multiple threads within the same application can run in parallel on multiple processors and a blocking system call need not block the entire process.