Most passive components are derived from basic stat couplers.

Power due to refelction : P4.

where FT is fraction of power traversing each coupler element. 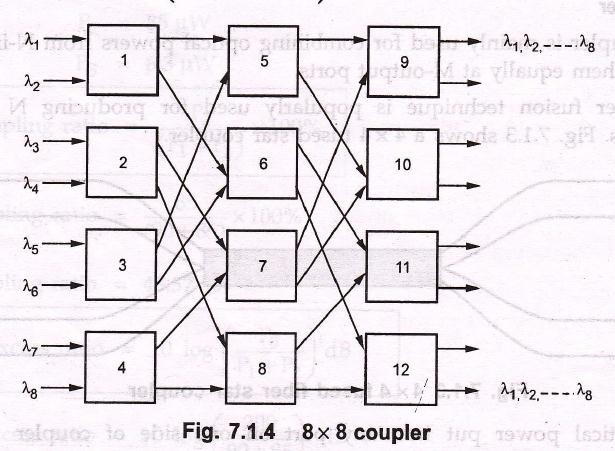 FC is fraction of optical power lost at each port of coupler.

CT is fraction of optical power delivered to the port.

throughput coupling loss is given by –

where, Fi is fraction of power lost in the coupler.

The stations are separated by distance = 500 m and fiber attenuation is 0.4 dB/km. Couple total loss in dBs.

L is distance from star coupler, Lc is connector loss. 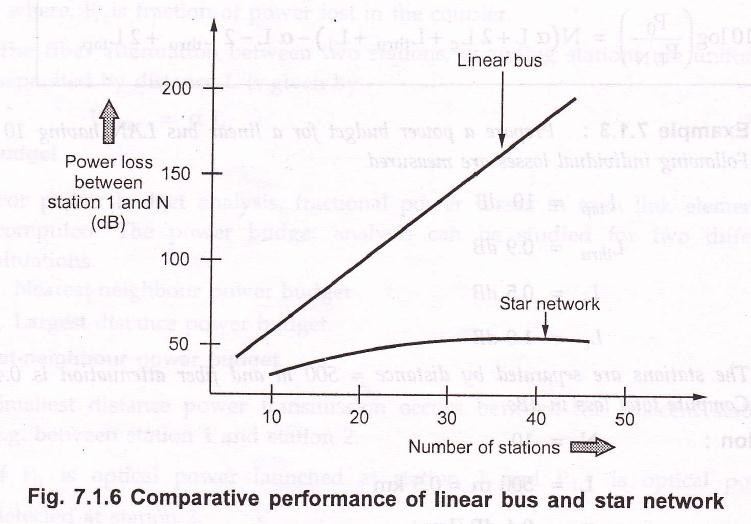