The constant utilization server and total bandwidth server are used to assign some fraction of processor capacity to an aperiodic task. During assignment of task, there is an issue of fairness and starvation i.e. the fairness cannot maintained in case of total bandwidth and constant utilization server approach. A scheduling algorithms is fair with in any particular time interval if fraction of processor time in the interval attained by each backlogged server is proportional to size of server.

In such system not only all the task meet their deadlines, but they all make a continuous process according to their share of processor and there is no starvation. The waited fair queuing algorithms are used to share processor time between sever and designed to ensure fairness is allocation among multiple servers.

It consumes budget when it executed. Replenishment Rule: 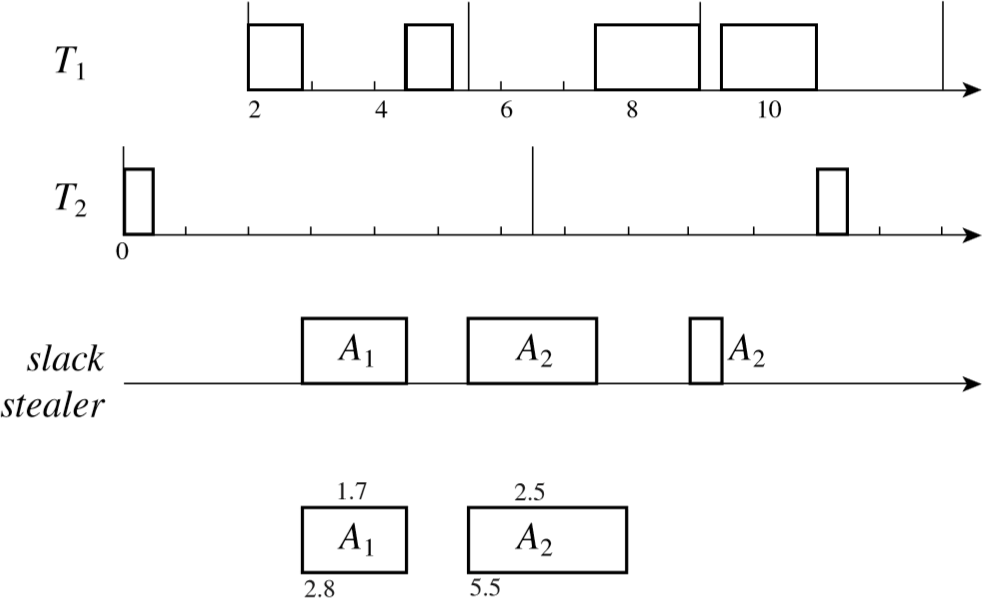