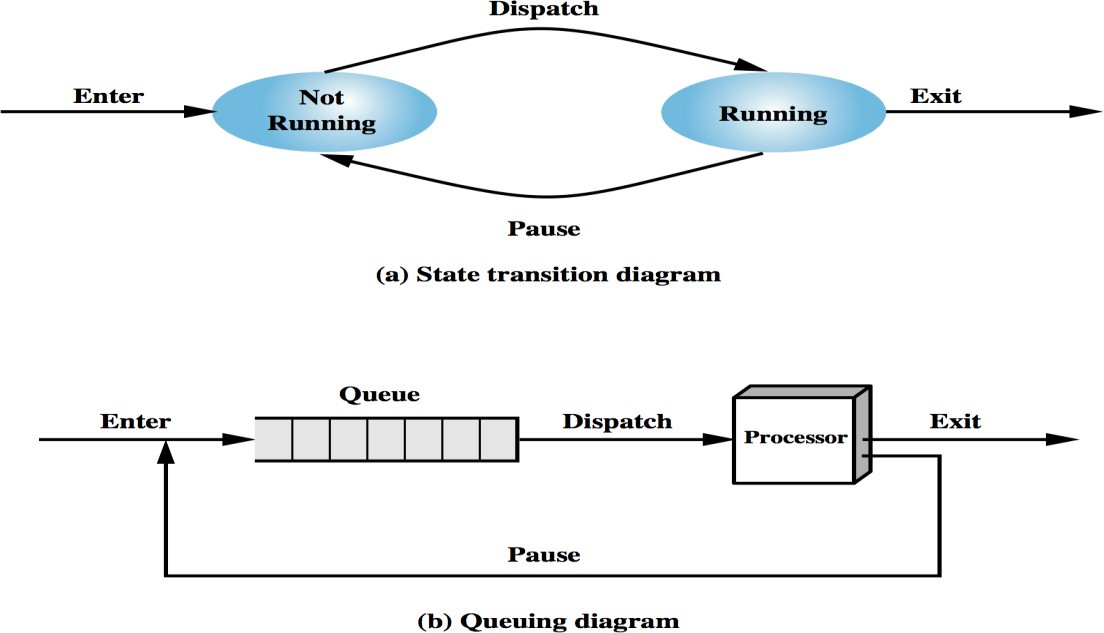 In this model, we consider two main states of the process. These two states are:

State 1: Process is Running on CPU

State 2: Process is Not Running on CPU

CPU: When CPU becomes free, Dispatcher gives control of the CPU to P2 that is in NOT Running state and waiting in a queue.

Dispatcher: Dispatcher is a program that gives control of the CPU to the process selected by the CPU scheduler. Suppose dispatcher allow P2 to execute on CPU.

Running: When dispatcher allows P2 to execute on CPU then P2 starts its execution. Here we can say that P2 is in running state.

Now, when P3 terminates then P2 again allows the dispatcher to execute on CPU.