Agent’s structure can be viewed as:

As the degree of perceived intelligence and capability varies to frame into four categories as,

They choose actions only based on the current

Condition-Action Rule − It is a rule that maps a state (condition) to an action.

Example: ATM system if PIN matches with given account number than customer get money.

They use a model of the world to choose their actions. They maintain an internal state.

Model − The knowledge about how the things happen in the world.

Internal State − It is a representation of unobserved aspects of current state depending on percept history.

Updating the state requires the information about −

Example: Car driving agent which maintains its own internal state and then take action as environment appears to it. 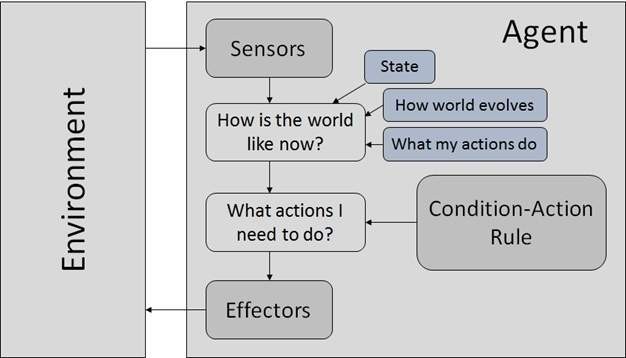 They choose their actions in order to achieve goals. Goal-based approach is more flexible than reflex agent since the knowledge supporting a decision is explicitly modeled, thereby allowing for modifications.

Goal − It is the description of desirable situations.

They choose actions based on a preference (utility) for each state. Goals are inadequate when 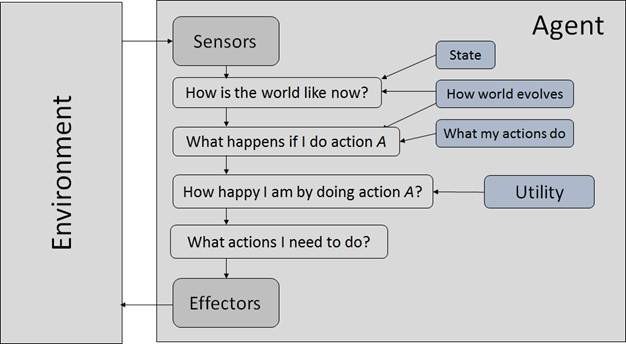 The environment has multifold properties −