In Stop-and-Wait ARQ, which is simplest among all protocols, the sender (say station A) transmits a frame and then waits till it receives positive acknowledgement (ACK) or negative acknowledgement (NACK) from the receiver (say station B). Station B sends an ACK if the frame is received correctly, otherwise it sends NACK. Station A sends a new frame after receiving ACK; otherwise it retransmits the old frame, if it receives a NACK. 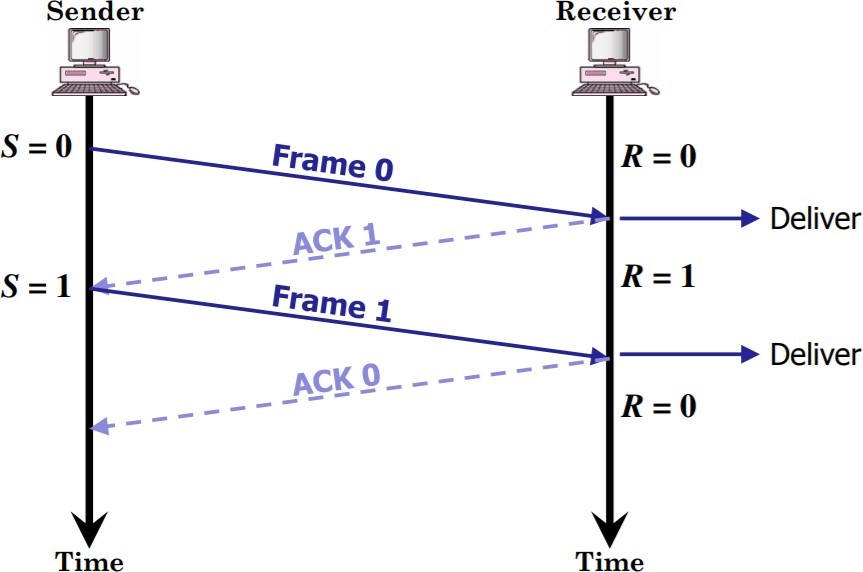 To tackle the problem of a lost or damaged frame, the sender is equipped with a timer. In case of a lost ACK, the sender transmits the old frame. The sender is unaware of this loss, but starts a timer after sending each PDU. Normally an ACK PDU is received before the timer expires. In this case no ACK is received, and the timer counts down to zero and triggers the retransmission of the same PDU by the sender. 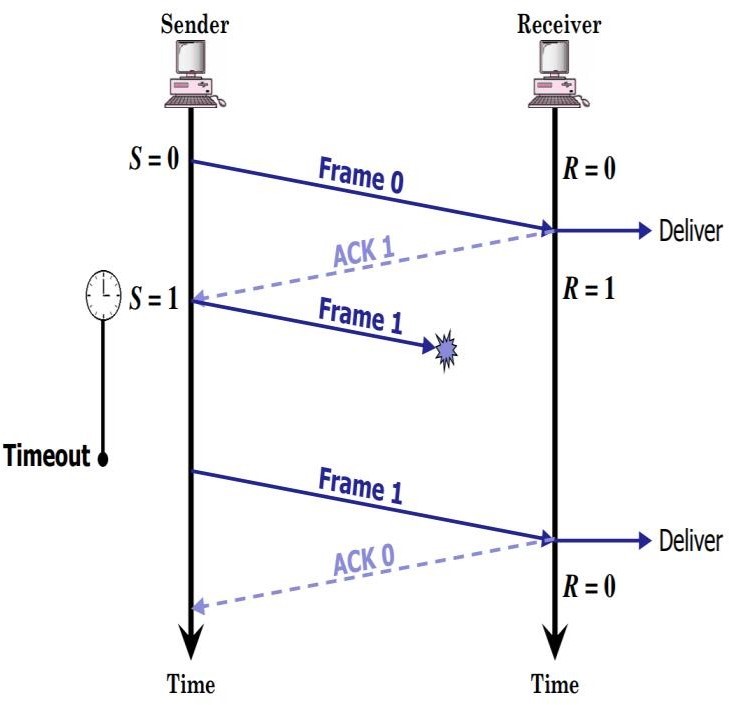 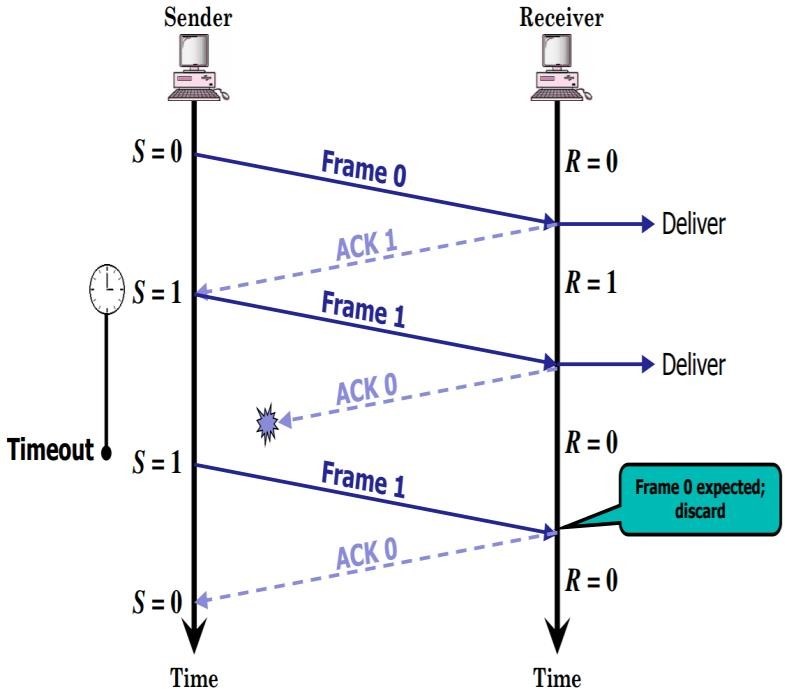 The receiver now can identify that it has received a duplicate frame from the label of the frame and it is discarded.

The main advantage of stop-and-wait ARQ is its simplicity. It also requires a minimum buffer size. However, it makes highly inefficient use of communication links.