Discuss the frequency domain techniques of image enhancement in detail.

The frequency domain methods of image enhancement are based on convolution theorem. This is represented as,

The Fourier transform representation of equation above is,

The function H (u, v) in equation is called transfer function. It is used to boost the edges of input image f (x, y) to emphasize the high frequency components.

The different frequency domain methods for image enhancement are as follows.

Due to non-uniform lighting conditions, there may be poor contrast between the background and the feature of interest. Figure 1.1 (a) shows the contrast stretching transformations.

These stretching transformations are expressed as

Clipping is considered as the special scenario of contrast stretching. It is the case in which the parameters are α = γ = 0. Clipping is more advantageous for reduction of noise in input signals of range [a, b].

Threshold of an image is selected by means of its histogram. Let us take the image shown in the following figure 1.2. 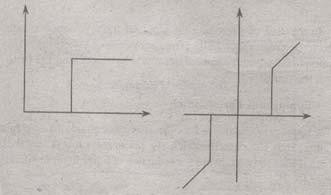 The digital negative of an image is achieved by reverse scaling of its grey levels to the transformation. They are much essential in displaying of medical images.

A digital negative transformation of an image is shown in figure 1.4. 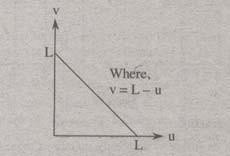 The images which consist of grey levels in between intensity at background and other objects require to reduce the intensity of the object. This process of changing intensity level is done with the help of intensity level slicing. They are expressed as

The histogram of input image and its respective intensity level slicing is shown in the figure 1.5.

When an image is uniformly quantized then, the nth most significant bit can be extracted and displayed.

Then, the output is expressed as