Consider for a moment continuous functions, and let the variable r represent the gray levels of the image to be enhanced. We assume that r has been normalized to the interval [0, 1], with r=0 representing black and r=1 representing white. Later, we consider a discrete formulation and allow pixel values to be in the interval [0, L-1]. For any r satisfying the aforementioned conditions, we focus attention on transformations of the form

that produce a level s for every pixel value r in the original image. For reasons that will become obvious shortly, we assume that the transformation function T(r) satisfies the following conditions:

(a) T(r) is single-valued and monotonically increasing in the interval 0 ≤ r ≤ 1; and

It can be shown by example that even if T(r) satisfies conditions (a) and (b), it is possible that the corresponding inverse T-1 (s) may fail to be single valued. 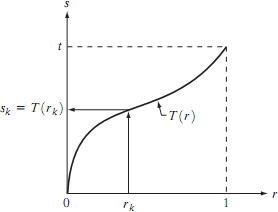 Fig.4.1 A gray-level transformation function that is both single valued and monotonically increasing.

where w is a dummy variable of integration.The right side of Eq. above is recognized as the cumulative distribution function (CDF) of random variable r. Since probability density functions are always positive, and recalling that the integral of a function is the area under the function, it follows that this transformation function is single valued and monotonically increasing, and, therefore, satisfies condition (a). Similarly, the integral of a probability density function for variables in the range [0, 1] also is in the range [0, 1], so condition (b) is satisfied as well.

Given transformation function T(r),we find ps(s) by applying Eq. We know from basic calculus (Leibniz’s rule) that the derivative of a definite integral with respect to its upper limit is simply the integrand evaluated at that limit. In other words,

Substituting this result for dr/ds, and keeping in mind that all probability values are positive, yields

Thus, a processed (output) image is obtained by mapping each pixel with level rk in the input image into a corresponding pixel with level sk in the output image. As indicated earlier, a plot of pr (rk) versus rk is called a histogram. The transformation (mapping) is called histogram equalization or histogram linearization. It is not difficult to show that the transformation in Eq. satisfies conditions (a) and (b) stated previously. Unlike its continuos counterpart, it cannot be proved in general that this discrete transformation will produce the discrete equivalent of a uniform probability density function, which would be a uniform histogram. 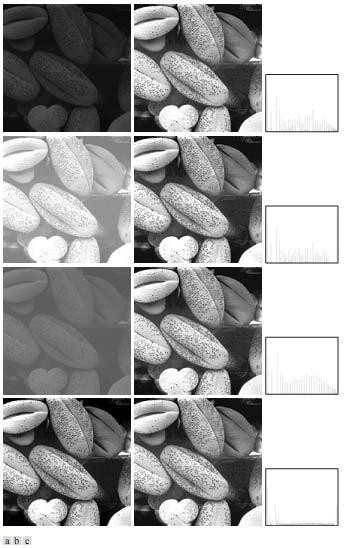 Fig.4.2 (a) Images from Fig.3 (b) Results of histogram equalization. (c) Corresponding histograms.

The inverse transformation from s back to r is denoted by