Intuitively, an edge is a set of connected pixels that lie on the boundary between two regions. Fundamentally, an edge is a "local" concept whereas a region boundary, owing to the way it is defined, is a more global idea. A reasonable definition of "edge" requires the ability to measure gray-level transitions in a meaningful way. We start by modeling an edge intuitively. This will lead us to formalism in which "meaningful" transitions in gray levels can be measured. Intuitively, an ideal edge has the properties of the model shown in Fig. 2.1(a). An ideal edge according to this model is a set of connected pixels (in the vertical direction here), each of which is located at an orthogonal step transition in gray level (as shown by the horizontal profile in the figure).

In practice, optics, sampling, and other image acquisition imperfections yield edges that are blurred, with the degree of blurring being determined by factors such as the quality of the image acquisition system, the sampling rate, and illumination conditions under which the image is acquired. As a result, edges are more closely modeled as having a "ramp like" profile, such as the one shown in Fig.2.1 (b).

Fig.2.1 (a) Model of an ideal digital edge (b) Model of a ramp edge. The slope of the ramp is proportional to the degree of blurring in the edge.

The slope of the ramp is inversely proportional to the degree of blurring in the edge. In this model, we no longer have a thin (one pixel thick) path. Instead, an edge point now is any point contained in the ramp, and an edge would then be a set of such points that are connected. The "thickness" of the edge is determined by the length of the ramp, as it transitions from an initial to a final gray level. This length is determined by the slope, which, in turn, is determined by the degree of blurring. This makes sense: Blurred edges lend to be thick and sharp edges tend to be thin. Figure 2.2(a) shows the image from which the close-up in Fig. 2.1(b) was extracted. Figure 2.2(b) shows a horizontal gray-level profile of the edge between the two regions. This figure also shows the first and second derivatives of the gray-level profile. The first derivative is positive at the points of transition into and out of the ramp as we move from left to right along the profile; it is constant for points in the ramp; and is zero in areas of constant gray level. The second derivative is positive at the transition associated with the dark side of the edge, negative at the transition associated with the light side of the edge, and zero along the ramp and in areas of constant gray level. The signs of the derivatives in Fig. 2.2(b) would be reversed for an edge that transitions from light to dark.

We conclude from these observations that the magnitude of the first derivative can be used to detect the presence of an edge at a point in an image (i.e. to determine if a point is on a ramp).

Similarly, the sign of the second derivative can be used to determine whether an edge pixel lies 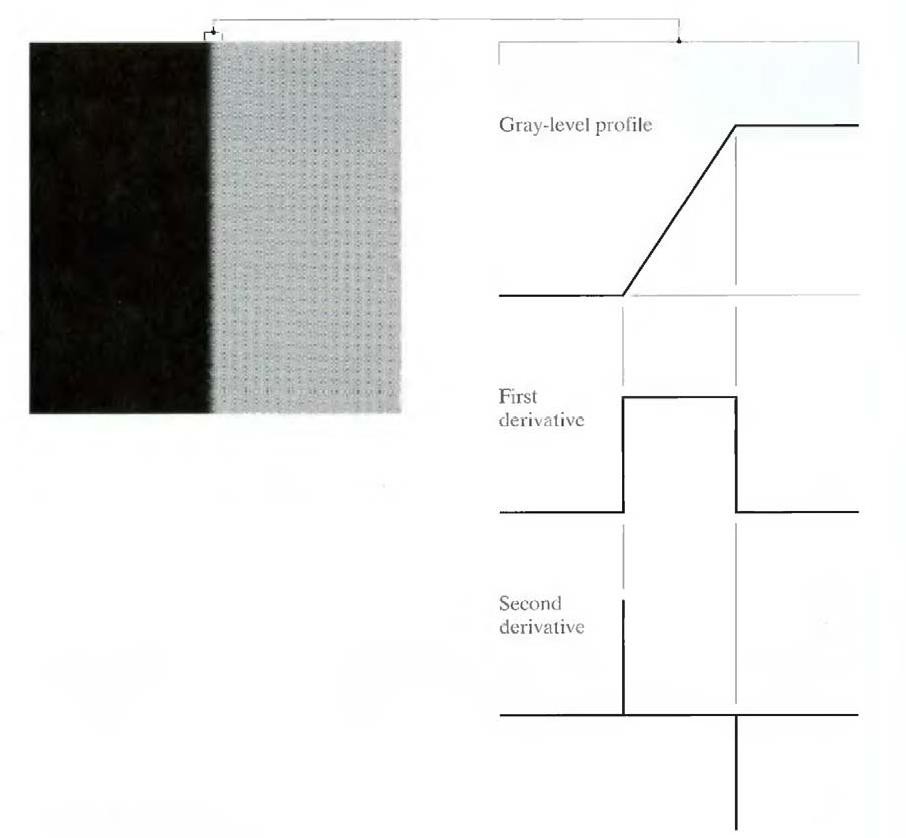 Fig.2.2 (a) Two regions separated by a vertical edge (b) Detail near the edge, showing a gray- level profile, and the first and second derivatives of the profile.